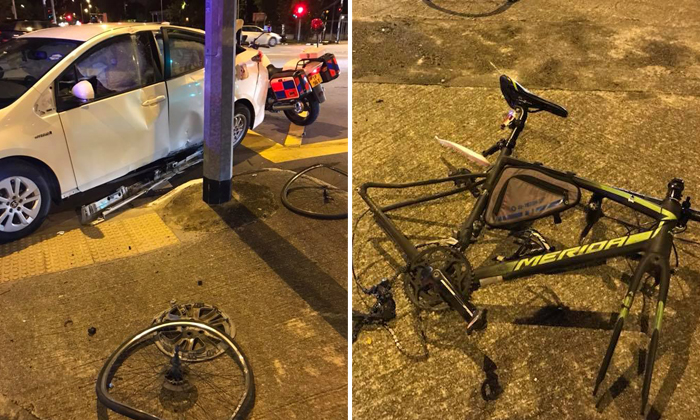 A chain collision involving two cars, a cyclist and a pedestrian occurred along Alexandra Road on Tuesday evening (May 15).

In response to a Stomp query, the police said they were alerted to the accident, which took place in the direction of Tiong Bahru Road, at 7.49pm.

"The cyclist, a 30 year-old man, was conscious when conveyed to Singapore General Hospital (SGH)," they added.

The Singapore Civil Defence Force (SCDF), who were alerted at 7.50pm, told Stomp that another person refused conveyance to the hospital.

In a Facebook post on the Love Cycling SG group, user Mr Yip Zi Yuan said he witnessed the accident and described how it happened.

"This caused the white Prius to lose control and crash into the lamp post by the traffic light junction, where the cyclist had been waiting for the lights to change in his favour before crossing the road." 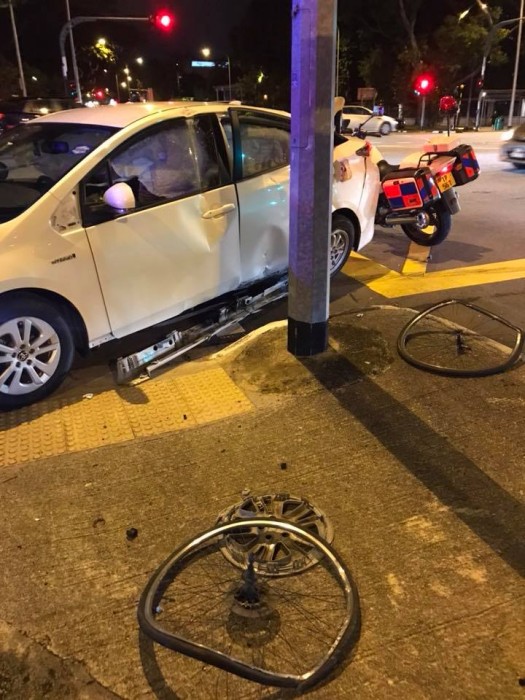 Mr Yip also recounted how the cyclist was "sent flying and landed onto the grass patch several meters away."

"The cyclist was still conscious, but he couldn’t move his left leg. In addition, he had visible scratches to his left arm," said Mr Yip.

Photos that Mr Yip shared show the damaged Prius as well as a badly wrecked bicycle that was lying on the pavement. The bicycle had both wheels dislodged.

Related Stories
Cyclist in coma after suffering head injuries in accident with van at Tanjong Katong
Father of teen cyclist who died after getting hit by car: 'The whole family's livelihood depended on her'
28-year-old female cyclist sent to hospital after getting hit by bus at Upp Bukit Timah Rd
More About:
accident
injured
cyclist