Cyclist rides up to confront driver who honked at him 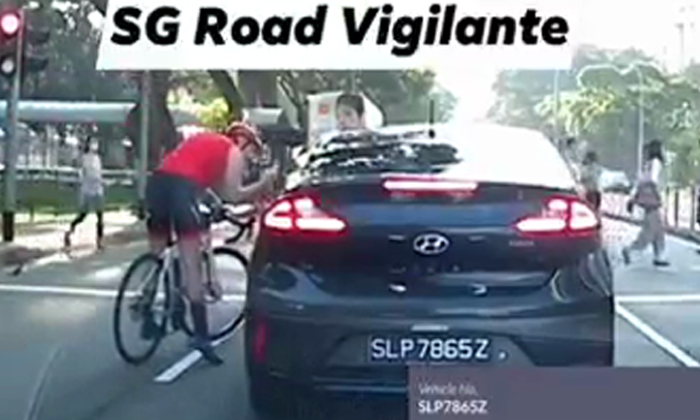 A cyclist was caught on camera confronting a car driver who had apparently honked at him.

SG Road Vigilante posted a video of the incident that is said to have occurred at Ganges Avenue on April 29, at around 8.10am.

The confrontation had supposedly been triggered by the driver honking at the cyclist.

In the video, which has no audio, the cyclist can be seen riding on the leftmost lane of the road, on the right side of another cyclist instead of keeping to a single file.

The cyclist is later seen riding up to a car after it stopped at a traffic light and making gestures at the driver.

In one Facebook thread, the video has drawn over 500 comments.

Many netizens slammed the cyclist for reckless riding and said the driver had done nothing wrong by honking.

One noted that the other cyclist in the video had ignored the confrontation while another more sympathetic user called for everyone to be more gracious.

More information regarding rules and guidelines when cycling on roads can be found on the Land Transport Authority's website.