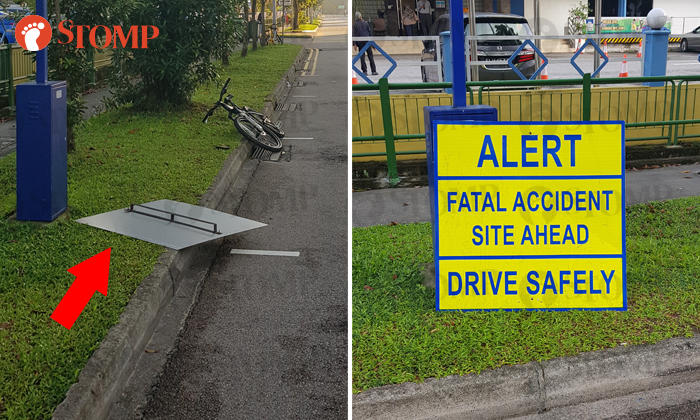 Stomper Din was cycling along Sin Ming Industrial Estate on Wednesday morning (May 2) when he was nearly tripped by a metal board that had fallen face-down onto the ground.

The metal board turned out to be a signboard alerting motorists of a fatal crash site up ahead, which Din found ironic as the object had nearly caused him to get into an accident.

He told Stomp: "I was riding my bicycle at around 7.45am yesterday when I nearly hit the fallen metal board.

"Seeing that it was dangerous to just leave the board there, I decided to remove it, only to discover that the signage was meant as a reminder for people to be safe.

"What if no one had seen it? What if other cyclists or motorcyclists had hit it? What if it was hit by a car and flew off and hit a pedestrian on the pavement?"

On March 21 this year, a 72-year-old woman died after she was hit by a lorry along Sin Ming Avenue. 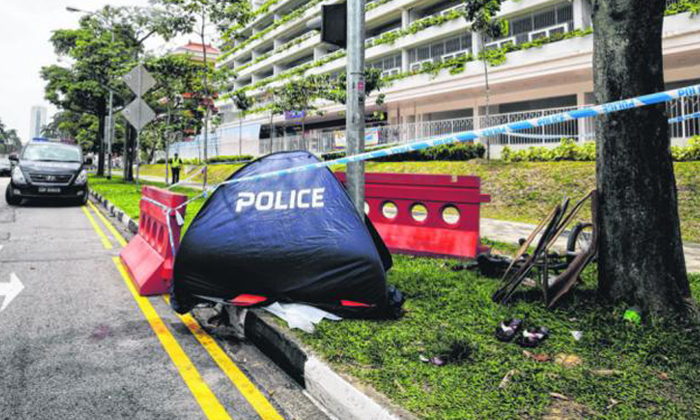 According to The New Paper, Madam Valusamy Sithai Ammal had been waiting for a taxi by the roadside in front of Block 410A when she fell and was run over by a passing lorry.