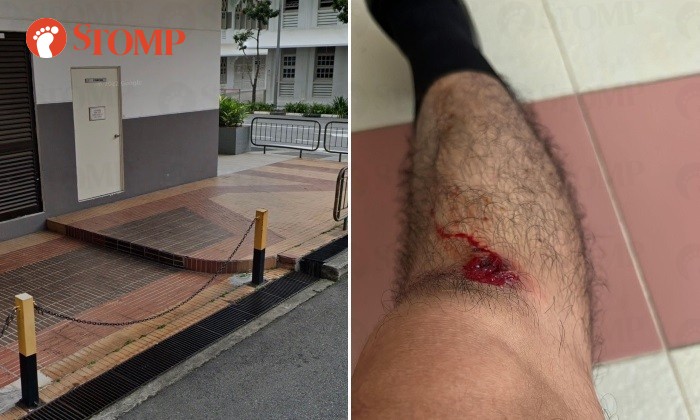 A cyclist suffered an injury after a fall caused by an unmarked step outside Bylands Building at 135 Middle Road on Sunday (July 17).

Sharing a photo of his injured knee, a Stomper said that he was heading towards bicycle shop The Bike Settlement in Waterloo Street when it happened at 4.30pm.

After going around a corner of Bylands Building, he said: "I was unable to judge the differentiated step. I fell from my bicycle and hurt my right knee badly."

He told Stomp his head also hit the ground with great impact, but thankfully, he was wearing a helmet.

"My road bicycle was also badly damaged, causing me to be unable to change gears when riding and continue cycling home."

He said that the floor was badly designed and the step was not clearly marked.

"If it was someone else, especially the elderly, the frail or pregnant women, the fall would have been devastating," said the Stomper.

"My knee bled profusely. This affected my performance and mood during my reservist training."