Cyclist, 58, taken to hospital after e-bike rider allegedly crashes into her at Woodlands 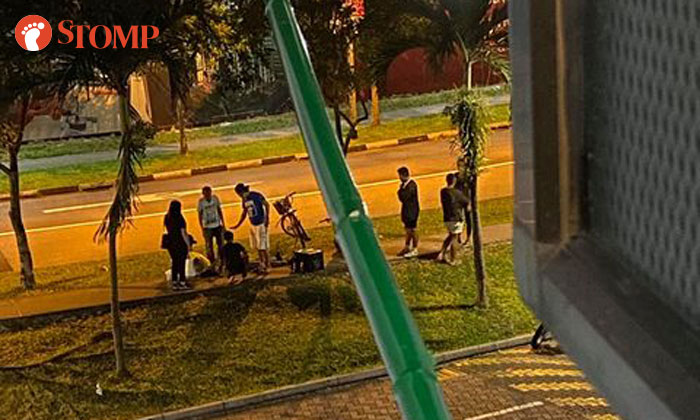 A 58-year-old woman was taken to hospital after an e-bike rider allegedly crashed into her while she was riding her bicycle along Woodlands Drive 60 in the early hours of Monday morning (Aug 31).

Stomper Yana alerted Stomp to the incident and shared with Stomp photos she took from her home at around 1am.

"I'm not sure how hard the impact was but I heard them talking to the police when they arrived," she said.

"The lady riding the bicycle was hit by a FIIDO e-bike and was seen lying on the ground.

"The police came a few minutes after the ambulance came.

"The lady was taken away by the ambulance."

In response to a Stomp query, the police told Stomp they were alerted to a case of rash act causing hurt at 12.08am.

"A 58-year-old woman was conscious when conveyed to Khoo Teck Puat Hospital," a police spokesman said.

Related Stories
Motorcyclist rides with PMD and PAB riders as 'escorts' along Sungei Road and ECP
Uncle stops e-bike user from riding on cycling path even though it's not illegal, gets called 'donkey'
Fatal Maserati accident: 2nd driver arrested for allegedly driving off after running over e-biker
More About:
rash act
e-bike
bicycle
accident
injured
woodlands