Cyclist, 54, taken to hospital after taxi knocks her off bike at Choa Chu Kang junction 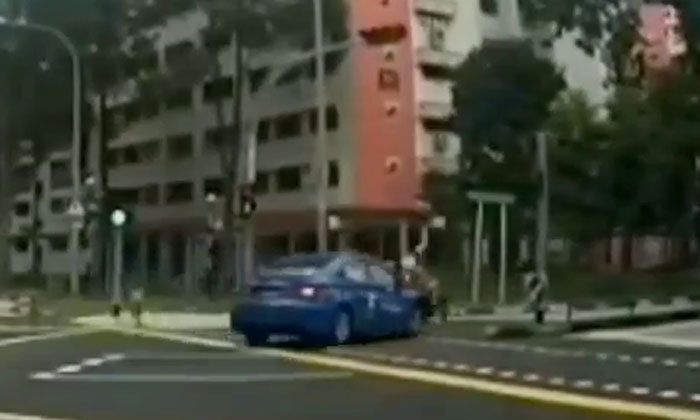 A 54-year-old cyclist was taken to hospital after a taxi knocked her off her bicycle at the junction of Choa Chu Kang Avenue 4 and Choa Chu Kang Way on July 14.

The police told Stomp they were alerted to the accident at 4.40pm.

A Stomper alerted Stomp to a video of the incident that was posted on SG Road Vigilante's Facebook page.

In the video, the ComfortDelGro taxi is seen making a right turn at the junction when it hits the cyclist, causing her to land on the vehicle's bonnet before falling to the ground.

Shortly afterwards, a passing Traffic Police officer stops behind the taxi as the cabby gets out of his vehicle.

In response to a Stomp query, ComfortDelGro's group chief corporate communications officer Tammy Tan said: "We have been in touch with the cyclist who has since been discharged from the hospital.

"We are assisting her as she recovers and we are also assisting the police in their investigation."