Customers upset after buying $78 Jabra headset during 11.11 sale -- only for orders to be cancelled 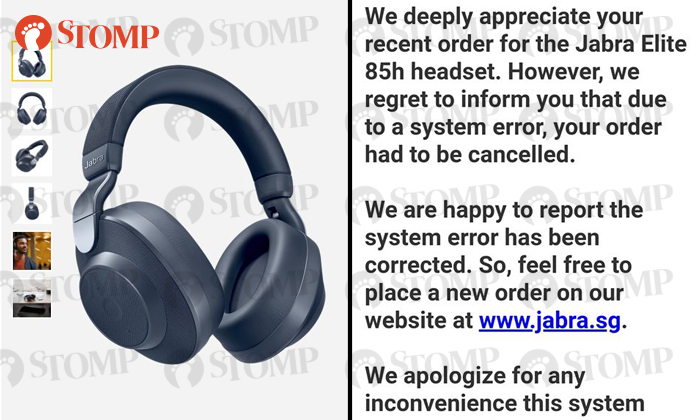 Audio equipment retailer Jabra has drawn flak from customers who made purchases during its 11.11 sale, only for their orders to be cancelled days later.

Stompers Melvin Chia and Anonymous, both affected customers, feel that Jabra is not honouring the promotional prices and said that they were not given proper explanations for the abrupt cancellation.

They had both ordered the Jabra Elite 85h for $78 during the Singles' Day sale on Nov 11. The headphones are originally priced at $428, according to Jabra's website.

Melvin said: "Only the navy colour was at that price.

"I've got other Jabra products that I bought from retail shops, so I know their products are of decent quality and therefore decided to order the headphones on sale.

Both Melvin and Anonymous paid for their orders immediately.

However, they subsequently received emails from Jabra, notifying them that their orders had been cancelled due to a "system error". 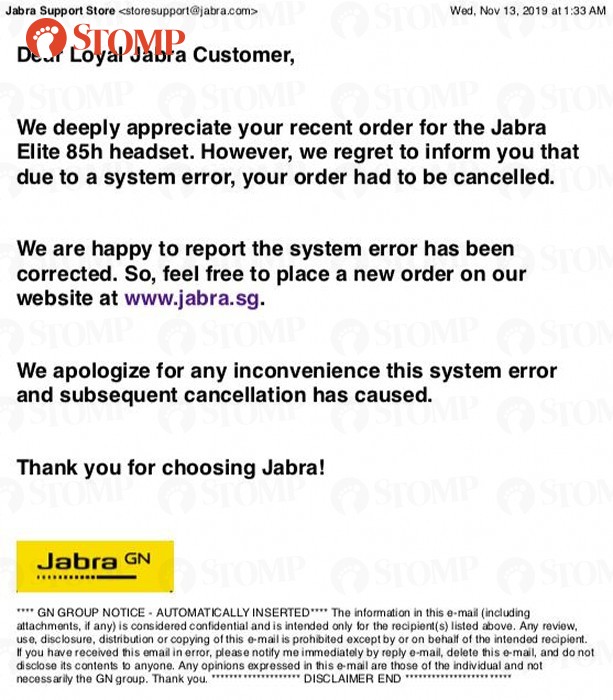 (Email that Melvin received from Jabra on Nov 13)

(Email that Anonymous received on Nov 12)

The emails, which said that the system error has since been corrected, also urged customers to place a new order online.

Melvin told Stomp: "When I revisited Jabra's website to check the price for the same headset, it had been revised up by many times the offer price."

Even though a refund was given, the Stompers feel that Jabra should still honour the promotion and fulfil their orders.

Anonymous added: "I believe the vendor should honour the order as it has already been confirmed.

"When I questioned Jabra on the cancellation, they did not give a proper reason."

Comments on Jabra's Facebook page show similar feedback from unhappy customers over the 11.11 promotion​​​​​ for the same headset. 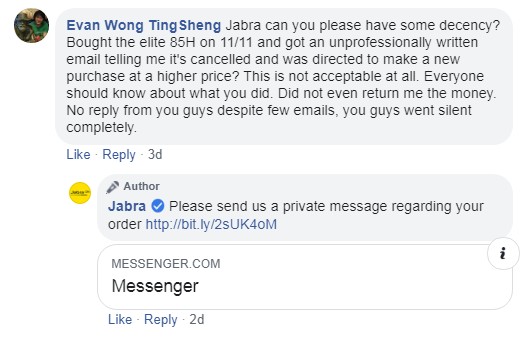 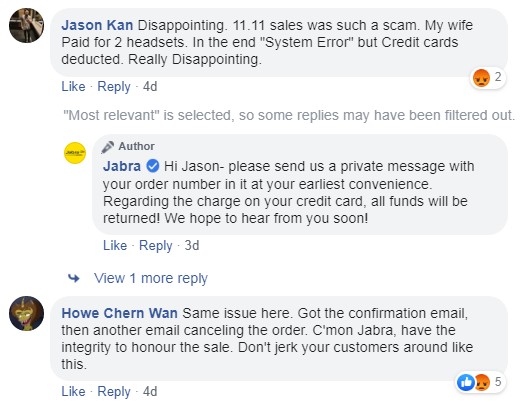 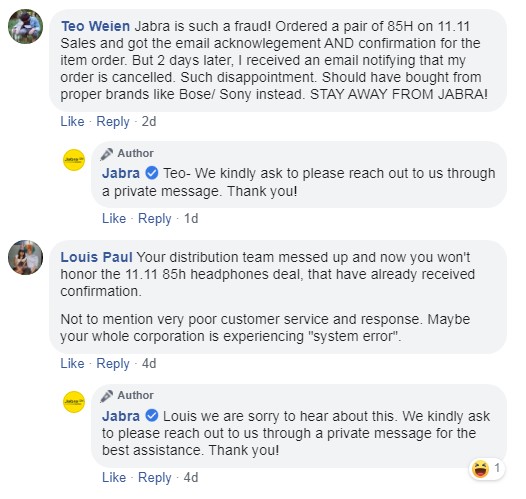 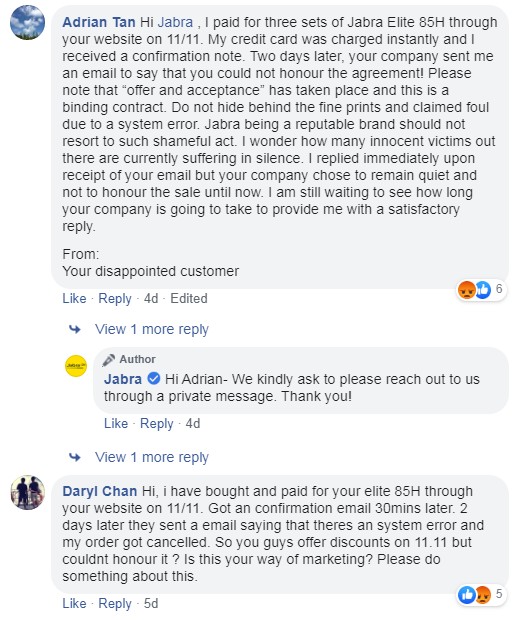 Similarly, many of them said they were not given a satisfactory explanation for the cancellation and slammed Jabra for not honouring the promotion.

Jabra did not respond to Stomp's queries by press time.

Related Stories
Shopee seller 'taunts' then blocks buyer after cancelling order without explaining
Foodpanda user gets Twelve Cupcakes order for Mother's Day cake cancelled at last minute
Foodpanda cancels order at the last minute, even though it has 3.5 hours to do it
More About:
bad service
controversy
expectations vs reality
online shopping