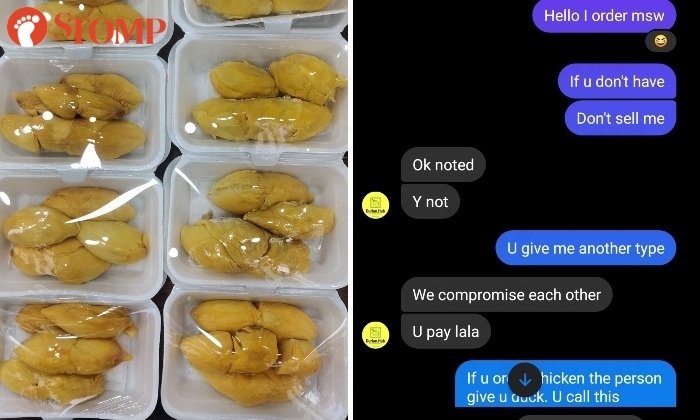 Mao Shan Wang is one of the most popular kinds of durian in Singapore. Literally translated, Mao Shan Wang means Cat Mountain King.

Also known as Musang King, the durian is supposed to have a creamy, bittersweet flavour.

But when Stomper M ordered Mao Shan Wang from an online seller, her experience turned out to be more bitter than sweet.

She first contacted online seller Durian.Hub via Facebook Messenger on May 13 to enquire about Mao Shan Wang, but was told there was no stock. They then discussed other kinds of durian.

On May 20, she received a message informing her that "supply has arrived", along with a photo of pre-packed durian in Styrofoam boxes.

The photo had the words "King Of Cat (Elvis)" across it, probably in reference to Elvis Presley being known as Cat King in Chinese.

The Stomper asked whether the durian was Mao Shan Wang, but the question was not answered. She also enquired about the price and was told that it was $98 for five boxes. Each box is at least 400g, according to the seller. 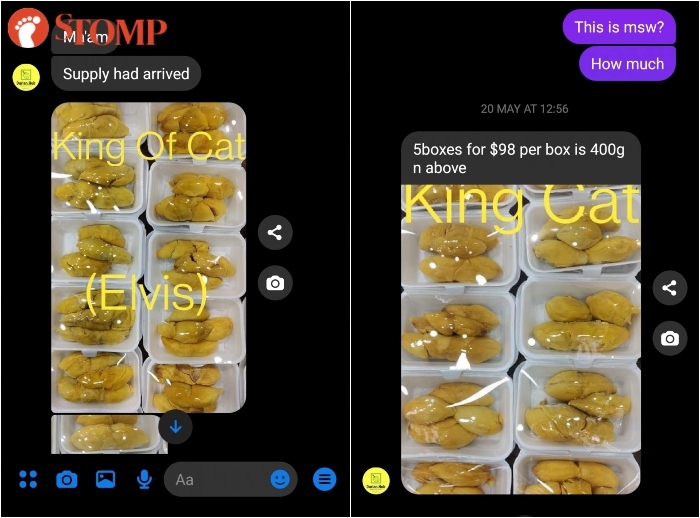 M then arranged for delivery on the morning of May 22.

She told Stomp: "When I eventually got the durians, they were big seeds, non-creamy and did not taste like Mao Shan Wang."

On the same day, she messaged Durian.Hub about her order. 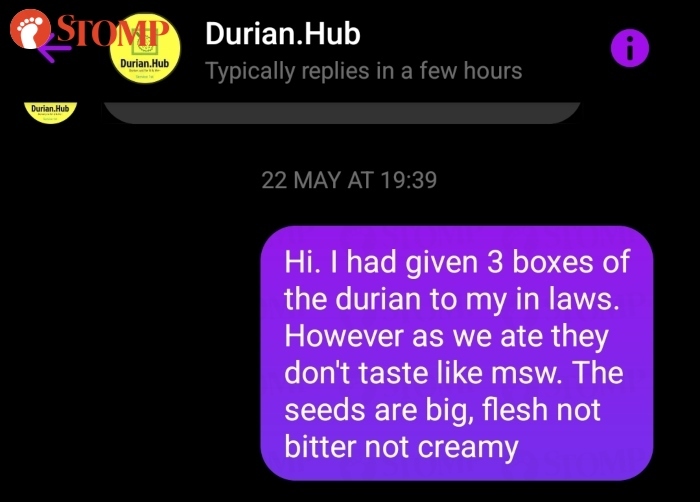 She did not receive a reply until days later.

"Then it was revealed that the order given was not Mao Shan Wang," M said.

The seller told her that it was King Of Kings, another type of durian. 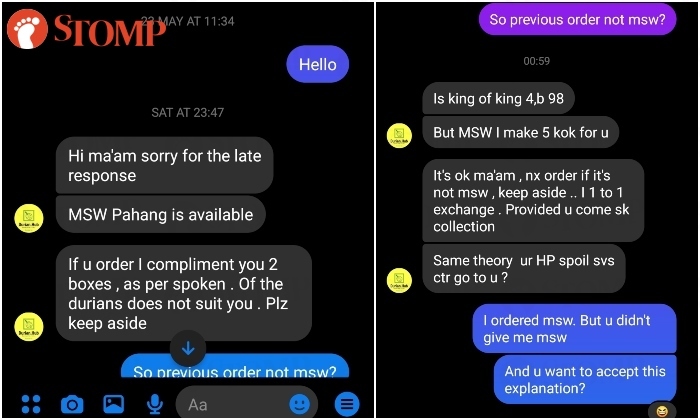 The Stomper added: "He even said as spoken, I should have kept the durians aside if the order is wrong. But I didn't receive any calls or speak to them before.

"The owner still said I have to order again if I want Mao Shan Wang or return the previous durians for an exchange. 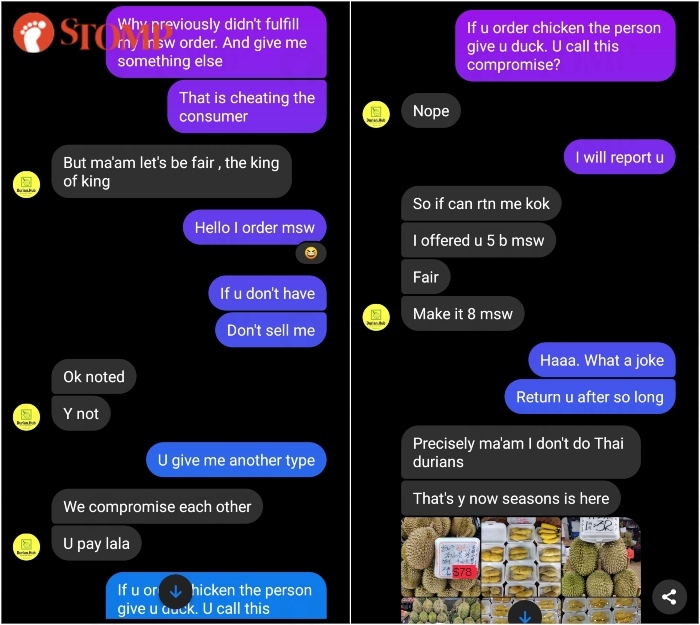 When M accused the seller of cheating and said she would report him, the seller directed her to his "attorney".

"The seller then mocked me and sent a screenshot of Covid-19 recovery hotlines to tell me to wait for their call," she said. 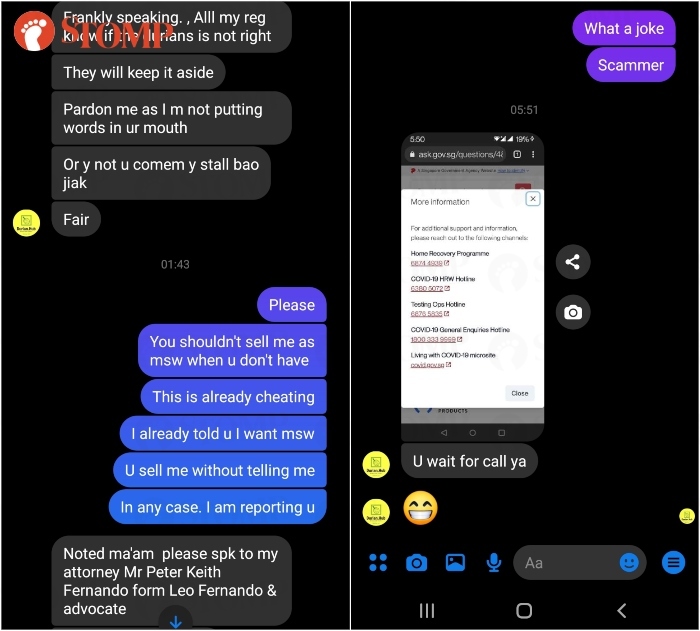 M told Stomp: "I wasn't really looking for compensation but just wanted to clarify they had sent the wrong durian. But the cocky response from the seller is too much. They know it is the wrong type, but they sold it to me, claiming it is Mao Shan Wang. That is cheating. They should be honest."

Where do you stand on this prickly issue?

View the full conversation in the gallery.