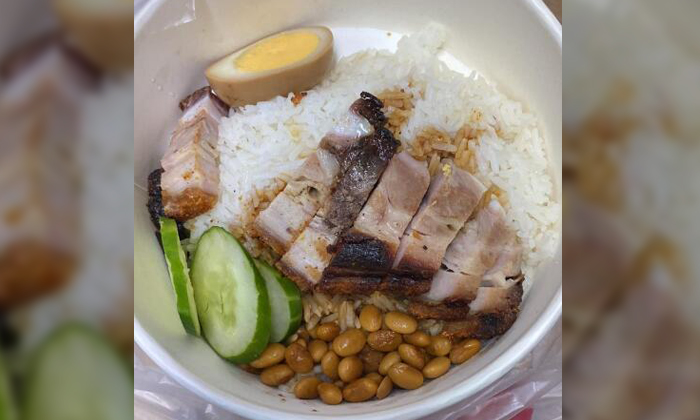 According to Shin Min Daily News, the customer had visited Liao Fan Hawker Chan's outlet at Plaza Singapura's Kopitiam food court. He later went online to complain that the stall had increased its prices without notifying customers.

Mr Liang Jianan, 40, said he would patronise the stall once a week but only discovered the price hike recently. Taken aback, he repeatedly asked the stall's cashier to confirm the 40% price increase.

Mr Liang said: "I later checked and found that this plate of rice was no different than before, except for an extra half an egg now."

He felt that the stall should have verbally reminded customers about the new pricing since it was quite a significant hike, adding: "If I had known that the increase was so outrageous, I would have gone to the hawker centre nearby instead."

When contacted by Shin Min, Liao Fan Hawker Chan's flagship store at Chinatown acknowledged the price hike but said the costs of cooking oil, pork, gas, water and electricity are all rising.

Customers are also paying $0.30 more for takeaway boxes, which has seen an increase in costs too.

A spokesman added: "We will adjust prices again when things are more stable."

A reporter visited Liao Fan Hawker Chan and found that other items on its menu have undergone price adjustments too:

An employee told Shin Min that the stall has received complaints about the price hike, adding: "In the past, customers would add on meat and vegetables, but now they only order the basic set meal."

Liao Fan Hawker Chan was awarded one Michelin Star in 2016, but lost it after five years. 2022 marks the second year in a row it has been displaced from the list.

Related Stories
Man shocked by $11 cai png with mackerel, stall owner says it's not expensive
Is $8.70 too much to pay for this plate of rice with 1 meat and 2 veggies in mall food court?
Netizens shocked by how much hot coffee and milo cost at Changi Airport restaurant
More About:
food
expensive food
expensive
hawker centre
restaurant
food court