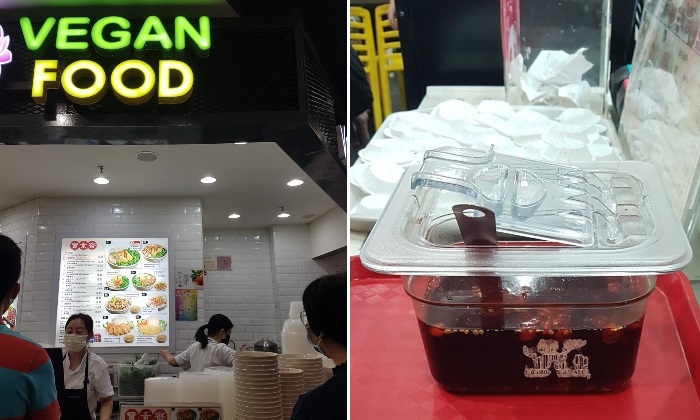 A woman is "sad” after she was prevented from taking more chilli sauce at a vegan stall after she had already been given two packets of chilli sauce for her vegan chicken rice.

Revathi posted about the incident in the Facebook group Everything Singapore by Stomp on Monday (July 25).

It happened at the Kopitiam food court vegan stall in Compass One shopping mall in Sengkang.

She said she asked for more chilli sauce to go with her vegan chicken rice, but the stall refused to give her more than two packets of chilli sauce.

A regular customer of the stall, she decided to help herself, but a worker at the stall saw her and quickly took away the chilli sauce container.

"Is it the chilli so expensive?" she wrote in the post.

She seems to say that other vegan chicken rice stalls give at least three packets of chilli. "But this shop is charging so much and not willing to give chilli! Sad customer." 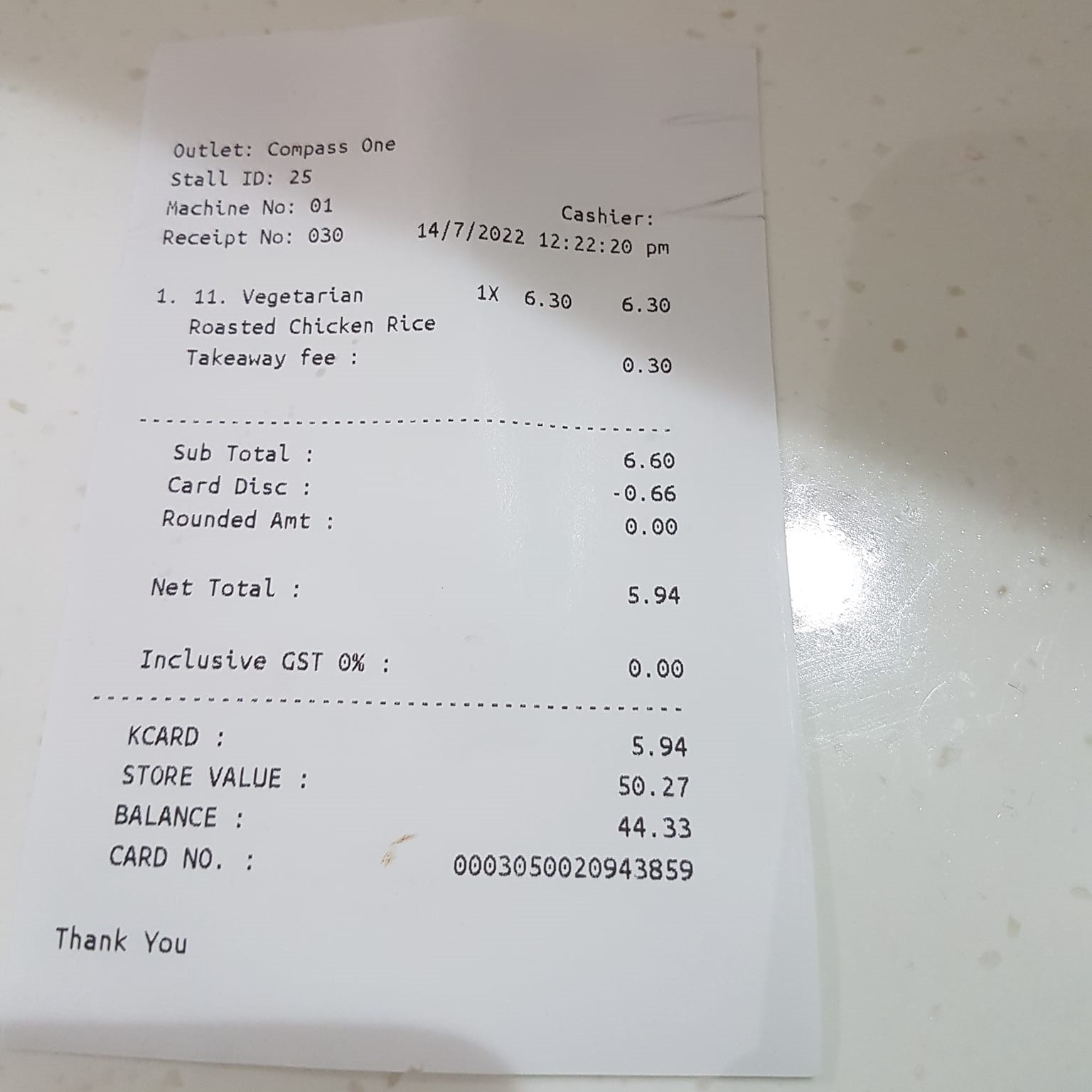 Revathi shared a photo of her receipt, which indicates the vegan chicken rice cost $6.60, but she got a 10 per cent discount by using the Kopitiam card to pay.

Most of the commenters are not on her side over this spicy issue, calling her "rude" and "self-entitled" for helping herself to more chilli sauce at the stall.

One netizen pointed out: "Which store will give three packets extra...none. Like that also you complained." 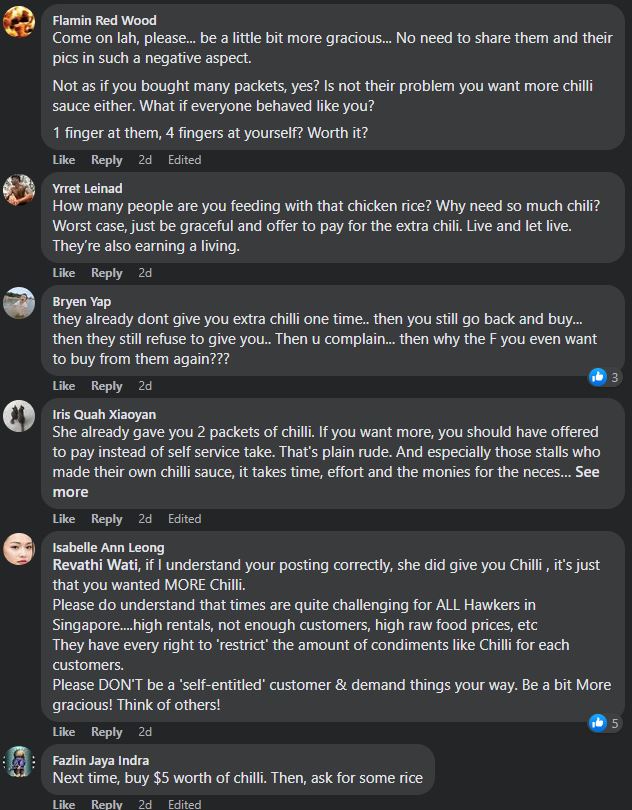 Related Stories
Man gets 'shock of his life' after paying $5.40 for cai png with 2 dishes at Paya Lebar Square
Is $8.70 too much to pay for this plate of rice with 1 meat and 2 veggies in mall food court?
Diner says $15.40 mala hotpot from Sengkang food court is 'too expensive and unreasonable'
More About:
kopitiam
food court
food
chilli sauce
Sengkang
mall