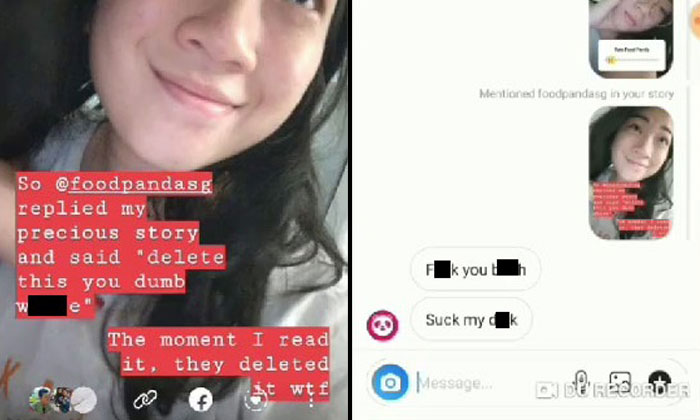 Foodpanda delivery service Foodpanda said in a statement that its Instagram account was hacked over the weekend after a customer received crude messages from the account.

The company apologised in a Facebook post on Monday (July 15) for the inappropriate messages customers may have received and said they are working hard to resolve the issue.

They also advised customers not to respond to any activity from the account. 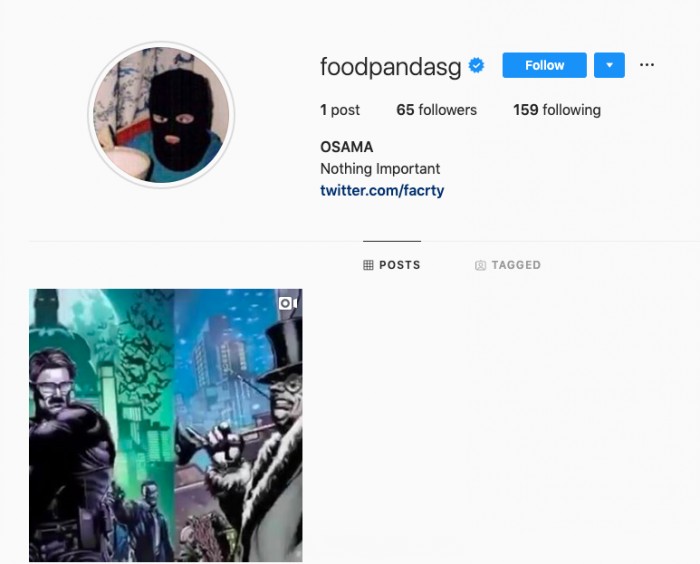 A Stomper alerted Stomp to a video posted by Facebook user Jenny Liang Leran who shared some of the messages she received from the hacked account.

She recounted her unpleasant experience of waiting over one hour for her food to be delivered to her and then being unable to cancel her order.

Feeling frustrated, she said she posted an Instagram story to see if other people have had similar experiences. She tagged Foodpanda's Instagram handle in the post. 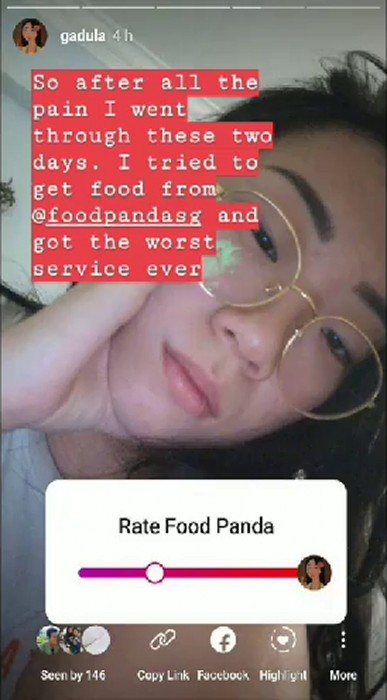 Jenny said that she then received this reply to her story from Foodpanda: "Delete this you dumb w***e."

She said the account promptly deleted the message which spurred her to "bait" the account by posting another story tagging Foodpanda and this time, she had her phone's screen recording function ready. 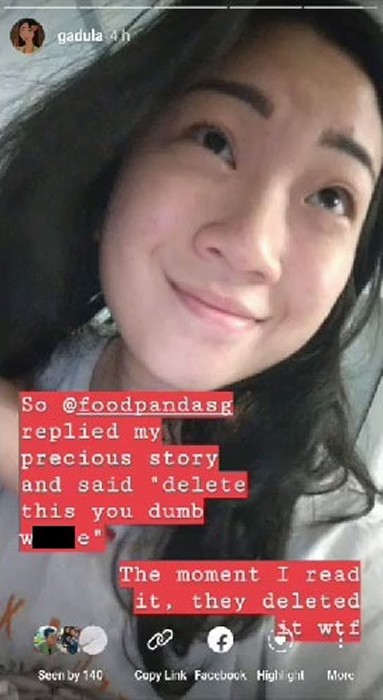 The account replies, "F**k you, b***h" and "Suck my d**k" to her second story before promptly deleting each message.

It then types, "Too slow" before deleting that message as well. 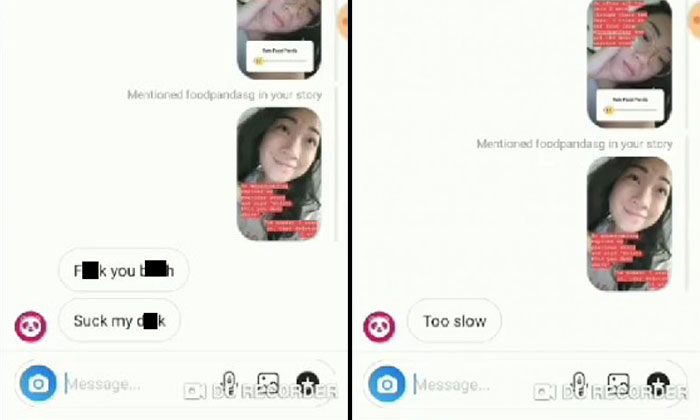 Foodpanda told The Straits Times that it was liaising with the affected customer who got rude messages from the hacked account.

She received a partial refund from Foodpanda and said that the company had tried to contact her.

"As a customer, you should never have to experience this kind of thing," said Ms Liang of her disappointment with the company's service. "Whether (Foodpanda's Instagram account) was hacked or not, the delivery service had problems."