Customer has diarrhoea after eating 'half-cooked' chicken at Ikea, who says it was cooked 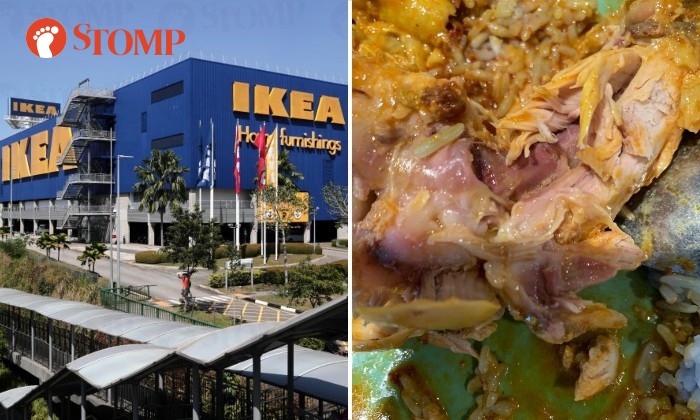 A customer said he had diarrhoea after eating half-cooked chicken at the Ikea Tampines restaurant on Wednesday (Aug 3).

"Just FYI, the elderly with a weak immune system like me are vulnerable. I had diarrhoea yesterday after eating some of the half-cooked chicken, but it was mild. Fortunately, I self-medicated with over-the-counter charcoal tablets."

The 67-year-old told Stomp he got the food from the halal counter at around 11.30am.

"It was a set meal with curry chicken, some broccoli and carrots, a piece of fried potato, three pieces of small crackers, half a piece of salted egg and coconut rice," he said.

The meal, which included free coffee because he was an Ikea Family member, cost the Stomper $12.50.

The photos of the chicken he shared with Stomp showed that some of the meat was pink, suggesting that it was not fully cooked.

He said he did not inform the restaurant staff because the cashier and the serving counter were busy and had long queues. 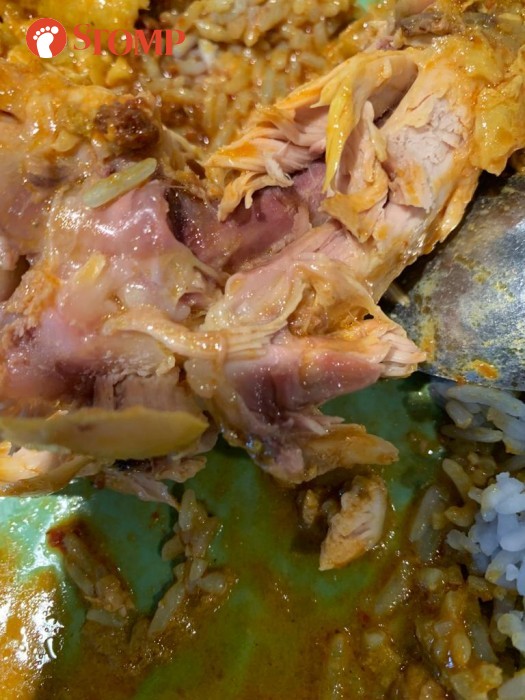 In response to a Stomp query, Ikea said: "We’re sorry to hear of the Stomper's experience. Food safety is of the highest importance at Ikea. All food served goes through strict assessment by our food team before being served to customers.

"Our teams have concluded our investigations and we have not received any similar feedback on the dish pictured.

"The chicken undergoes a double cooking method to ensure that it is cooked. The dark pigment is a result of bone marrow seepage through the soft bone and into the surrounding meat – a common occurrence in the cooking of chicken meat."

What do you think? Was the chicken fully cooked?