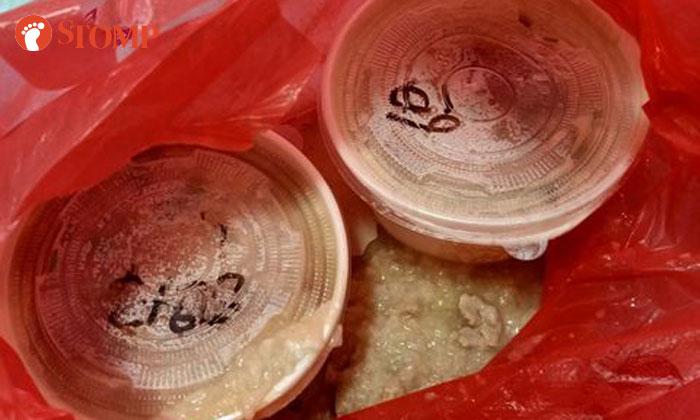 A man was dismayed when his food delivery order arrived with porridge spilt everywhere.

Stomper Terrence shared with Stomp that he had ordered pig organs porridge via Foodpanda on Feb 5.

When the order arrived, most of the porridge had spilt into the plastic bag.

"The food was supposed to be for my child as both parents are working and unable to return home so we depended on Foodpanda," he said.

"Obviously, the food was mishandled by the delivery rider while conveying it."

He told Stomp that he made a complaint with Foodpanda but was informed he was "not eligible for a refund".

Lamenting on the $3.73 delivery fee, Terrence added: "I don't know why they are charging a delivery fee when the food is delivered to the consumer in such a mess.

"Have they forgotten the purpose of charging the delivery fee is to ensure the stuff is intact?"