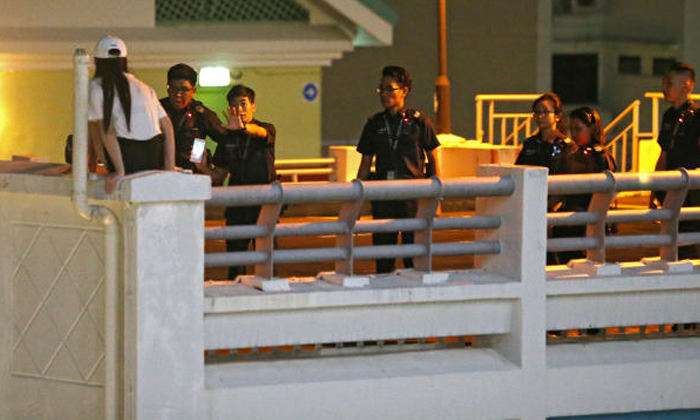 A 17-year-old girl was arrested after being rescued from the ledge of a multi-storey carpark in Toa Payoh on Saturday night (Aug 31).

According to Lianhe Wanbao, the incident occurred on the roof of Block 110A Lorong 1 Toa Payoh at around 8.40pm.

When reporters arrived at the scene, a girl wearing a white cap was seen sitting on a corner of the four-storey carpark, with her feet hanging in the air.

She was reportedly seen sobbing with her head bent down and fidgeting from time to time throughout the incident.

Mr Liu, 62, told Wanbao that he happened to run into the girl after parking his car at around 7.30pm. He was on his way to his mother-in-law's house for dinner while the girl was going up the carpark.

He said: "The girl looked very frail and was dragging her feet upstairs. I did not think much of it as there's nothing strange about people going up to the carpark."

However, Mr Liu heard a commotion at the block about an hour later. He saw several police cars and emergency vehicles downstairs, and then realised that the girl was sitting on the roof.

The Singapore Civil Defence Force deployed an inflatable safety life air pack at the foot of the block and more than 10 police officers spoke with the girl.

Police pulled the girl back from the ledge when she was not paying attention and successfully rescued her from "the edge of death", reported Wanbao. 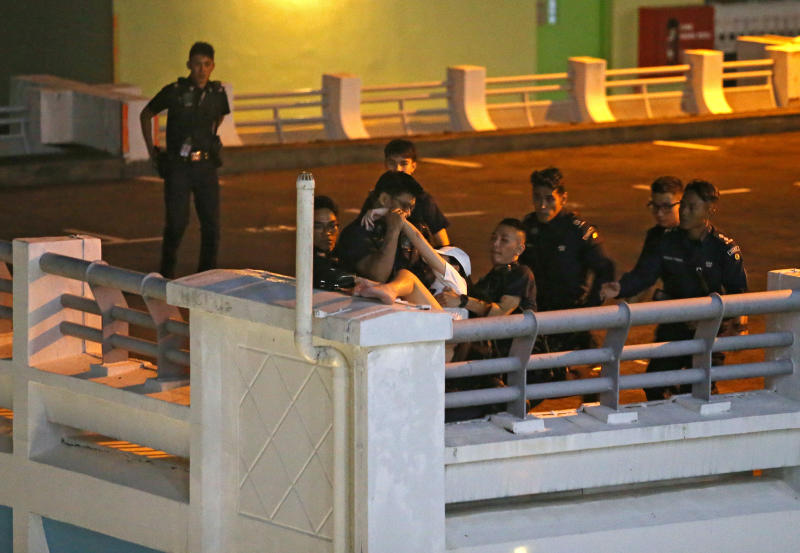 The girl was then taken away by the police, putting an end to the 30-minute scene.

Responding to media queries, the police said they were alerted to a case of attempted suicide.

The girl was conscious when conveyed to Tan Tock Seng Hospital and subsequently arrested in relation to the case.