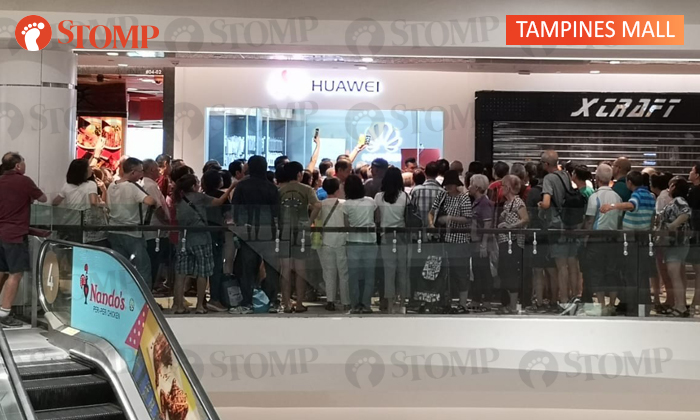 People from all walks of life flocked to Huawei stores island-wide on Friday morning (July 26), hoping to get their hands on a Y6 Pro 2019 phone for $54.

The smartphone, which originally retails for $198, is going at a slashed price to correspond with Singapore’s 54th year of independence.

This National Day promotion is from July 26 to 28, and is open only to Singaporeans and permanent residents aged 50 and above. Each person is limited to two units.

Several Stompers contributed photos and videos of the queue that formed at Huawei outlets in various parts of Singapore today morning.

According to many of them, police had to be called in to control the situation at multiple outlets.

Stomper Wendy, who was queueing at Northpoint City, said there were already more than 100 people there when she reached at around 8am.

She said: "I heard one uncle saying that there were only seven to eight people when he came at 5am.

"We were later told at around 10.45am that there were only 44 sets available. What the hell!"

Similarly, Stompers Tony and Edmund shared videos showing how the crowd at Northpoint City turned rowdy after they realised that there were a limited number of phones available.

In one clip, members of the public can be heard chiding Huawei staff, with one saying: "Your signboard can tear down already."

The situation seemed no better at Westgate, where security personnel can be seen speaking to the crowd in photos submitted by Stomper Jeffrey. 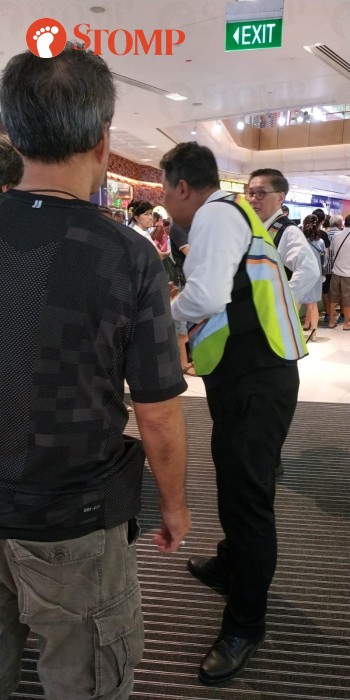 Jeffrey told Stomp: "Angry members of the public were shouting after hearing that there were limited sets of the phone available."

Stomper Tim Ho was at VivoCity and said: "There were at least 500 people queueing. They were anxious and angry as they did not know how many phones were available."

"It was very chaotic and the police came," added Tim.

Stomper Eve visited the Huawei Concept Store at Lot 1 shopping mall in Choa Chu Kang and said: "Elderly folks were scolding and wanted to tear down the door."

Meanwhile, the queue at Nex shopping centre was so long that people were seen lining up outdoors and in the carpark.

Stomper Joyce lamented: "I was at Nex at around 11.20am and the Challenger store there had already finished the sales of phones early this morning.

"The Huawei shop is opposite Challenger but it wasn't open. There were lots of people queueing and some came since 5am." 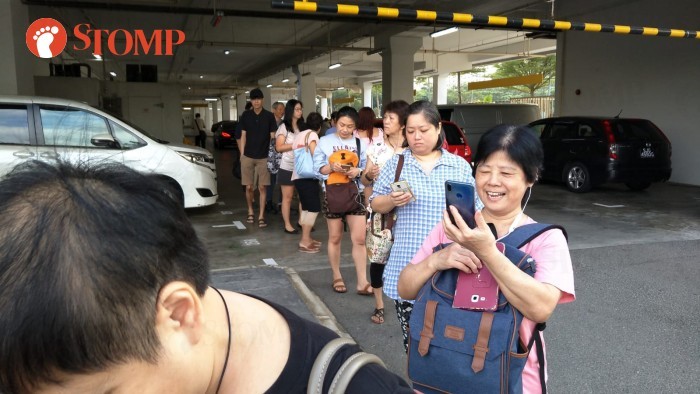 Stomper Shermaine, who was at Sim Lim Square, told Stomp: "A lady from the Huawei store mentioned that there were only 20 sets for sale here today.

"More than 200 elderly citizens were in the queue." 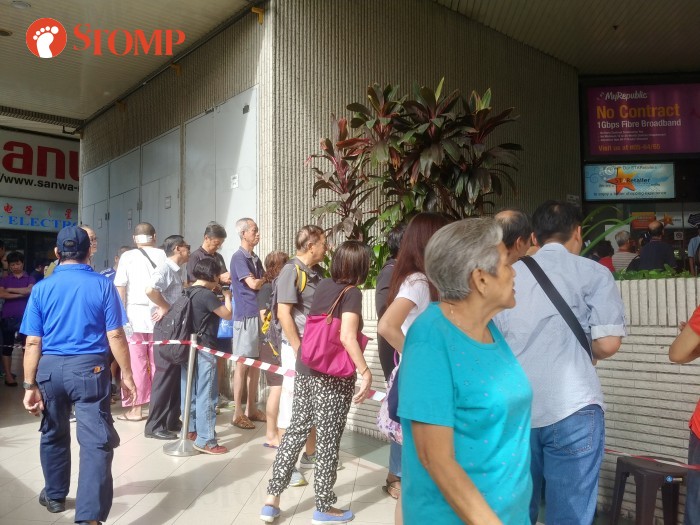 Shermaine added: "The crowd was very rowdy and the mall security appeared helpless as people continued to cut the queue.

"Police were called in as a verbal quarrel started when someone cut the queue."

Stomper Mafia said he visited the Huawei store at Block 101 Yishun Avenue 5 at around 9am, only to be greeted with this sign: 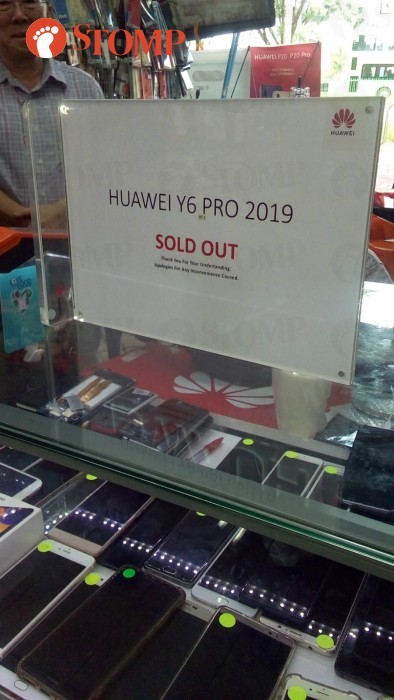 He asked: "Don't all participating stores open at 11am?"

According to Stomper Gary, there were "more frustrated than happy people" at the Challenger store in Bugis Junction.

It was equally dreadful at Jem shopping mall in Jurong East.

A Stomper said: "Some people were fighting and police had to be called in."

Stomper Myra's mother visited the Huawei store at 313 @ Somerset, but had no luck either.

She said: "My mum went to queue and was told that it was already sold out 30 minutes after the shop opened. She was also told that the shop was able to sell only 20 sets."

"There was no official statement, or else I would have told my mum not to even go," added Myra.

"Police were at the scene, along with many upset and angry members of the public."

At Tampines Mall, people appeared to have started queueing even before the shopping centre's lights were on.

Stomper Hui Hui said: "There were even old folks on wheelchairs in the queue." 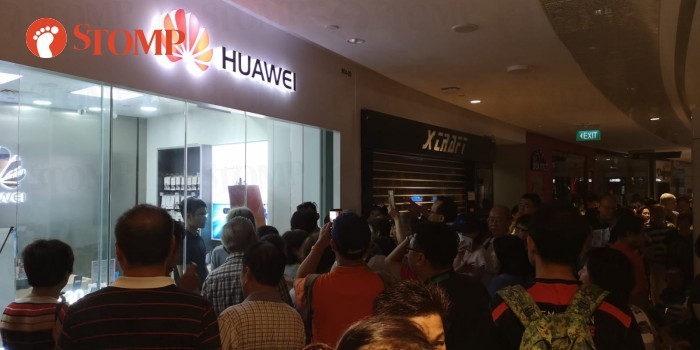 Stomper Esther was at the same outlet and shared: "What was supposed to be a happy celebration turned sour for many people today.

"The queue extended all the way from the Huawei shop's door step to the open plaza. There were many elderly people in the queue and I even saw some in wheelchairs.

"I guess we must still be thankful that a shop employee came and told us that only 40 sets were available, so the queue dispersed at around 9.30am."

In a Facebook post at about 10.30am, Huawei apologised and said all phones for the promotion have been sold out.

Huawei also added that some of its outlets and concept stores will be closed "for the rest of today, for safety and security reasons".

Related Stories
Crowd queues for commemorative $20 note at bank in Hougang, upset after it goes out of stock
Sneakerheads queue for hours outside Foot Locker at Jewel Changi Airport for limited edition Yeezy shoe
The Singapore spirit: Guess what these people are queuing for at Northpoint City
More About:
queue
crowd
phone