Cousin of woman who died in YCK accident: "The family lost two members and a friend overnight" 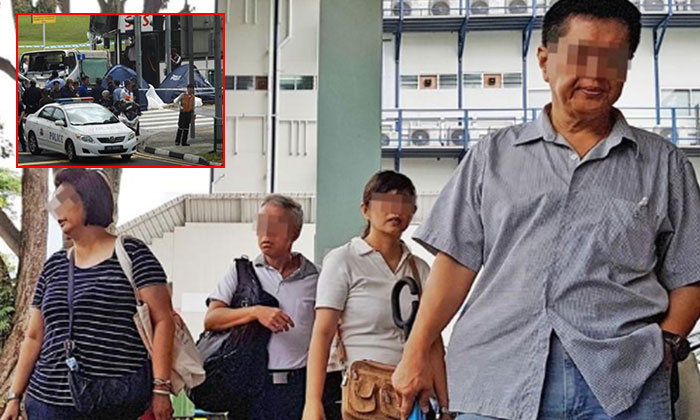 The cousin of a woman who died in an accident near Yio Chu Kang MRT Station on Monday (April 23), in which three were killed after a lorry rammed into them, said that the family lost two loved ones and a friend overnight.

The three victims have been identified as 78-year-old Mr Cai, who was in a wheelchair at the time of the incident, his 59-year-old daughter Ms Cai, who was pushing him and another 63-year-old man Mr Ye, a family friend.

Ms Cai’s cousin said that Mr Cai had three daughters and had stayed with Ms Cai.

“Ms Cai's sister returned to claim some of her father’s belongings and see to the funeral arrangements.

“Overnight, she lost her father, sister and a friend all at once.

"She was devastated and declined to be interviewed.”

She also said that family members are staying by her cousin’s side to give her support and will help to oversee the funeral arrangements.

The cousin also revealed that the deceased Ms Cai had been a kind individual and participated in many charities.

“She was very charitable and would participate in charities.

"My family is deeply saddened by the accident.”

The lorry driver, a 25-year-old Ku Kai Xiang was taken to Khoo Teck Puat Hospital for treatment after the accident and subsequently charged with dangerous driving causing death on Tuesday (April 24).

The Singapore Road Safety Council (SRSC) said that it was concerned with the recent spate of accidents.

It said that the accident at Yio Chu Kang is currently under investigation, but accidents such as this are avoidable, adding:

“Drivers have the responsibility to prevent accidents from happening.

“They should practise safe driving and be aware of other road users. “

It pointed out that regardless of age, all passengers should use their seat belts, and individuals such as children below 1.35m in height should use a child seat and restraint to minimise the risk of injuries in an accident.

Public road users also have a responsibility to look after their own safety.

The SRSC said it was working with the Land Transport Authority (LTA) and relevant authorities to formulate a series of educational programs aimed at changing the public’s behaviour on the roads.

Videos of the accident (Stomp has censored parts of the videos due to their graphic nature):

Videos of the accident aftermath: