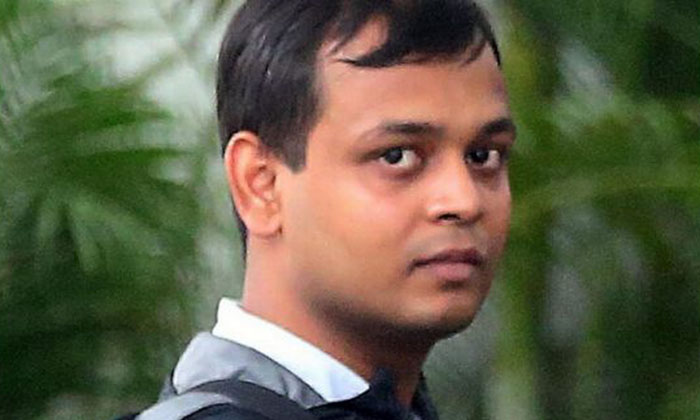 He was friendly with his students and during lessons, would sometimes tap their shoulders and hold their necks and hands.

And he had done the same to the woman during group classes, the same person whom he was alleged to have molested, said yoga instructor Rakesh Kumar Prasad.

The 24-year-old was taking the stand on the second day of his trial yesterday.

The Indian national is accused of molesting the woman at the Tampines Grande Real Yoga outlet between 12.42pm and 1.04pm on April 26 last year.

He allegedly touched the assistant manager's left breast three times in less than half an hour while they were alone during a class in a studio there.

On Wednesday, the woman told the court that after molesting her, Rakesh asked her, "Why cannot touch?".

When she replied "Because you can't", the yoga instructor replied, "It's not like there's anything to touch", the woman, now 26, added.

Rakesh is also accused of using criminal force on her at around 1.15pm that day while she was leaving the studio. According to court documents, he allegedly grabbed the back of the petite woman's neck.

Yesterday, Rakesh, who has been practising yoga since he was eight years old, told the court that the alleged victim was his regular student at Real Yoga.

The woman had attended 90 per cent of his classes.

The yoga instructor testified that he would tap her back and leg during class.

To push her further, he would tell her: "Can you hold? Don't be lazy."

He added that no other students had ever complained about him for performing these gestures.

On Wednesday, the alleged victim had told the court that about three months after the incident, she received a text message from a Real Yoga receptionist, Ms Lenie Berdin Intong, 34.

Yesterday, Ms Intong testified that Rakesh had told her to send the message on his behalf, asking for forgiveness from the woman.

The text message, which was sent on July 28 last year, told the alleged victim that he was willing "to ask (sic) sorry if ever what really happen (sic)."

Ms Intong, however, stressed that at that time, she did not know why Rakesh wanted to apologise to the woman. She said: "I just followed what Rakesh told me."

On Wednesday, the alleged victim also testified that she stopped attending classes at Real Yoga after April 26 last year.

Because of this, she wanted a refund for the amount she paid for May to December that year - a sum of about $1,400.

However, she added that a manager at Real Yoga, a woman identified as only "Mira", did not want to return her the money.

Yesterday, the court heard that according to Ms Intong's text message, Rakesh was willing to pay for the alleged victim's "expenses" at Real Yoga, as "Mira" had declined to give the refund.

Ms Intong also said in the message: "If (you're) not comfortable to see (Rakesh) , then I'll be the one (who) will give you the money back."

When District Judge Luke Tan asked the receptionist where the money would come from, she replied: "Rakesh."

The judgment made about a month later was in her favour, he said.

The trial has been adjourned to a later date.