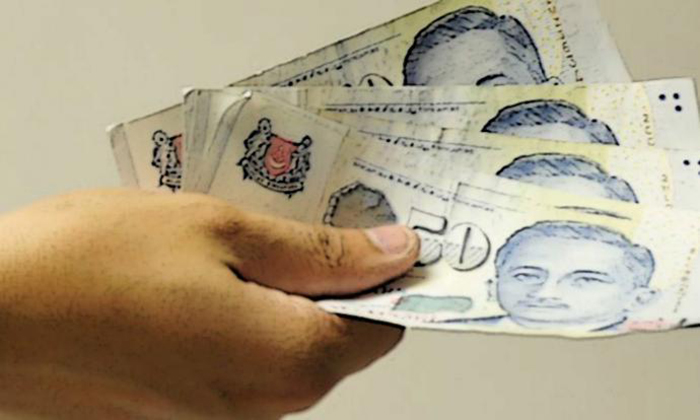 For nearly five years, an accounts assistant forged 25 funds transfer forms to siphon $1.53 million from her employer's bank account to a joint account held by her and her husband.

Kuah Bee Eng, 44, who was employed by Kanetsu Singapore, was sentenced to eight years' jail on Tuesday (Nov 1) after admitting to nine of 25 counts of forgery.

As an accounts assistant, her duties included receiving and making payments on behalf of Kanetsu, and keeping its accounting records.

She was also in charge of drawing up funds transfer forms for the approval of Kanetsu's two authorised signatories, whose signatures were required for the funds transfers to be made.

Between Dec 13, 2006 and Oct 3, 2011, Kuah schemed to transfer money from Kanetsu's Citibank accounts to her own POSB account.

She would falsify funds transfer forms, using existing customers of the company, as payees.

She would use these forms to get the signatures of Kanetsu's authorised signatories.

She would then cut out the signatures and paste them on fresh funds transfer forms, showing her husband's name as the beneficiary of the funds transfer.

She would also specify the joint bank account she shares with her husband as the beneficiary's bank account.

These forms would be then faxed to Citibank for the funds transfers to be processed.

Lastly, she would transfer funds taken from Kanetsu to her own account.

By routing the money through the joint account she shares with her husband, she sought to avoid having her name appearing as a beneficiary in the company's accounting records.

Kuah, whose nine proceeded charges involved a total of US$700,000 (S$921,228 as stated in court documents), admitted to committing the offences on Oct 11, 2011 after external auditors uncovered unauthorised transactions in August.

She claims to have spent the wrongfully obtained money on her gambling addiction.

She has made restitution of $10,283 to Kanetsu, which sued her for the remaining sums of money.

Judgment was entered in default of appearance on Feb 23, 2012.

Kuah successfully applied for bankruptcy in August that year.

Dividend payments from her bankruptcy estate will only be distributed to Kanetsu after she is discharged from bankruptcy.

Deputy Public Prosecutor Tan Jun Hong had sought a sentence of eight to 8 1/2 years to be imposed.

Citing aggravating factors, he said Kuah had exploited loopholes in Citibank's processes; there were multiple instances of offending that took place over nearly five years; and the offences were planned and pre-meditated.

Kuah, he added, had abused the trust that her employer had placed in her.

Kuah could have been jailed for up to 15 years and fined for each count of forgery.