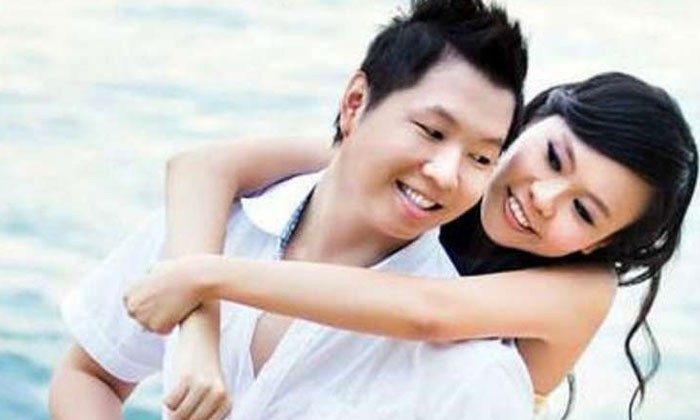 Their marriage of almost two years was on the rocks.

Not only did they sleep in separate bedrooms, they also barely talked. And they texted each other if they needed to communicate.

In August last year, things came to a head with tragic consequences.

The wife would later tell the police that her husband, suspecting her of cheating on him, had attacked her - choking and hitting her until she confessed to the affair.

Then, armed with a knife, he threatened to kill her and their 14-month-old daughter.

She reacted by grabbing a knife and later stabbing him in the chest, puncturing his heart and killing him.

The sentence was backdated to when she was remanded. She has served her time and is now free.

A search on the Registry of Marriages website shows that the couple got married on Oct 5, 2013.

Their daughter was born in June 2014.

By August last year, their relationship had soured. Though they still lived together in a four-room HDB flat in Block 636B, Senja Road, in Bukit Panjang, they slept in different bedrooms, and seemed to communicate only by texting, according to court papers.

Mr Yeo, who was vice-president of business development at an IT company, based on his Linkedin profile, was preparing to divorce his wife, whom he suspected of having an affair with a colleague.

On Aug 30, at about 10.30pm, Teoh, a senior human resource executive at the Ministry of Social and Family Development, was in the master bedroom with her daughter when she texted Mr Yeo to tell him to stop driving her car because he did not have a valid licence.

Unhappy, he knocked on the bedroom door, but she refused to let him in.

The knocking eventually woke their daughter up, and Teoh texted Mr Yeo to go away, but he refused.

At about 11.25pm, the lights and the air-conditioning in the master bedroom suddenly went off.

Suspecting her husband had switched off the electricity in a bid to draw her out, Teoh texted her mother.

The mother later told her that her father had spoken to Mr Yeo, who said there had been a power trip. The electricity came back on soon after.

Teoh later went out to get milk for their daughter, and was confronted by Mr Yeo in the kitchen.

He demanded to know why she had locked her room door. When she ignored him, he blocked her way out of the kitchen.

Teoh managed to get past him and scrambled back to the bedroom, but he barged in. So as not to disturb their daughter, they agreed to go outside to talk.

But when Mr Yeo tried to snatch her mobile phone, she screamed.

He pushed and pinned her to the floor, and choked her.

She swung her arms at him, and he released his grip on her to grab her mobile phone, which displayed a text message from her colleague.

When Mr Yeo refused to give the phone back to her, Teoh kneed him in the groin area. He retaliated by wrapping his arm around her neck in a chokehold.

She then punched him in the groin, causing him to drop the phone. Before she could pick it up, he grabbed it and threw it towards the common toilet.

She dashed to retrieve it, but he grabbed her head and hit it against the toilet mirror.

Teoh heard her daughter crying and told her husband that they had to attend to her.

Mr Yeo let Teoh leave, picked up her phone and followed her to the bedroom, where he badgered her to unlock the phone. After she unlocked it, he scrolled through her messages as their daughter started crying again.

Teoh carried the baby to the kitchen to get a pacifier. At the kitchen service yard, she shouted: "Help, my husband is trying to kill me."

Mr Yeo kicked the bi-fold door and it slammed into their daughter, who fell and hit her head. He grabbed a knife, pointed it at his wife and told her to return to the master bedroom.

She checked her daughter for injuries as he browsed through her phone messages. When he told her she had one last chance to confess, she admitted that she had been cheating on him.

Enraged, Mr Yeo told his wife that he was going to kill her and their daughter before taking his own life.

Teoh then carried the baby into the kitchen to get ice for her head as Mr Yeo followed behind.

In the kitchen, she grabbed a knife from the drawer with her right hand, and brandished it at him while carrying the baby with her left arm.

He ordered her to drop the knife, but she refused and retreated to the master bedroom. Along the way, she saw Mr Yeo's phone on the bed of his room.

She went in to take his phone so she could call for help, but he barged in and closed the door.

Teoh pointed the knife at Mr Yeo and tried to grab his phone.

Mr Yeo, who was still holding a knife, closed the curtains - making the room even darker as the lights were off - and moved towards his wife, who warned him to stay away.

As he continued towards her, he told her that it would be her fault if their daughter were to die.

At this point, Teoh lost her self-control and swung the knife at her husband, stabbing him.

She then fled the unit with their daughter - accidentally cutting herself with the knife in the process - and met her mother at a nearby block.

The mother then called the police.

Mr Yeo was pronounced dead at 1.19am on Aug 31. He was later found to have 11 stab wounds, the first of which pierced his heart.

He also suffered five potentially fatal wounds to his liver, omentum and colon.

Teoh had bruises all over her body and head. She also had fingermarks on her neck.

She was initially charged with murder last September.

For causing grievous hurt on sudden and grave provocation, Teoh could have been jailed up to six years and fined up to $10,000.

He suspected the mother of his three children had been cheating on him, despite no evidence of an affair.

At around 5am, Rosdi stabbed her repeatedly with a kitchen knife, inflicting 26 injuries.

Rosdi was diagnosed to be suffering from a delusional disorder before the killing, and had his sentence reduced to 7½ years because of his delayed psychiatric treatment.

Zheng Xianghua, a 38-year-old lorry driver, was jailed for nine years for killing his wife at his rented room in Block 503, Tampines Central 1 on Dec 16, 2014.

He suspected his wife, Madam Wang Xueyan, 37, a component assembler, was cheating on him and stabbed her repeatedly with a knife that had a 20cm-long blade after a quarrel. Madam Wang had 14 stab wounds on her chest and back.

Zheng was found to be suffering from depression and a delusional disorder.

He had wanted to return to China but she wanted to remain in Singapore with her daughter from a previous marriage until she completed her tertiary education.

In an e-mail titled Jurong Murder, which he sent to various media, Ong described his failed marriage, and said his wife had shown him little respect and would not let him work in her family's furniture business.

Ong then stabbed himself four times. The couple were taken to National University Hospital, where they died.

Scene of the stabbing stood empty for a year

The flat where former human resource executive Vivien Teoh Yi Wen, 27, killed her husband has stood empty for the past year.

Old brochures and fliers, covered in black dirt, were strewn between the gate and the main door when The New Paper went to the unit on the 15th storey of Block 636B, Senja Road.

The gate was secured with a silver padlock. Another was left hanging on the gate.

Teoh fatally stabbed her husband, Mr Gordon Yeo Han Tong, 33, in August last year after a violent quarrel during which he choked her, pushed her head against a mirror, and threatened to kill her and their young daughter.

Neighbours later described loud shouting and banging coming from the flat on that fateful night.

Most described the couple, who had moved into the flat about five months earlier, as friendly.

Yesterday, a neighbour, who declined to be named, told TNP that while she did not know the couple well, they seemed to be "nice and friendly".

"The last I saw her (Teoh) was when she returned to the flat a couple of days after the incident, accompanied by the police," she said.

"Then a week later, her mother came but left in a hurry. Since then, the flat has been left empty."