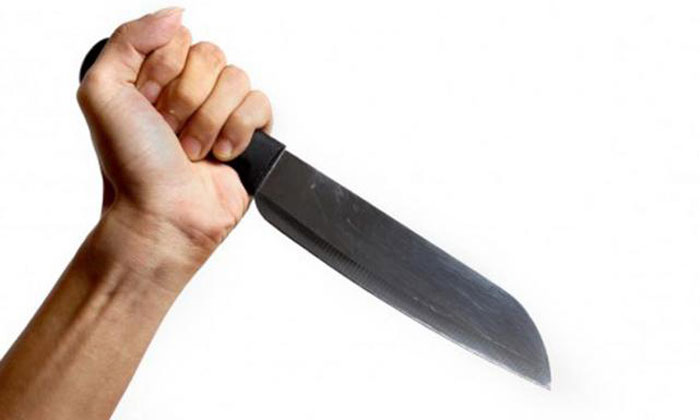 A woman attacked a 77-year-old tenant with a knife for throwing away a can of sardines and luncheon meat meant for her dinner, a court heard.

Tam Wai Leng, 37, a cook, returned home late on July 10, 2016, and cooked instant noodles for her dinner. Before she went for her shower, she also prepared a can of sardines and luncheon meat and placed it on the dining table.

About 10 minutes later, she finished bathing and was about to have her dinner when she realised that the can of sardines and luncheon meat were missing from the table.

Moments later, she saw Mr Soon Ah Kwang return to the unit at Commonwealth Drive. When she asked him about the missing items, he said he had thrown it away.

Agitated, Tam kept asking him why the food was thrown away, but he ignored her.

She then went to the kitchen and grabbed a 19cm-long kitchen knife to stab and slash him on the forehead and arms.

On Thursday (Dec 8), Tam was jailed for nine months after she admitted causing hurt to Mr Soon by cutting him on his nose, scalp, arms, right finger, palm and lip with a knife at 12.08am on July 11.

When he was attacked, Mr Soon, who had been living with Tam in the unit since 2005 or 2006, shouted at her to stop and ran out. A neighbour saw him and called the police.

He returned to the unit and started to clean up the blood stains and the lift landing.

Mr Soon was taken to National University Hospital for treatment for the cuts. He was discharged four days later.

An Institute of Mental Health report stated that Tam was found to have been in a state of relapse of her schizophrenia. She had failed to take her medication and defaulted on her medical appointments.

The report also said that she suffered from mild intellectual impairment, and this, coupled with her mental disorder, was a strong contributing factor to her offence. It further stated that she would need long-term treatment in a structured environment, with close monitoring to ensure she takes her medications.

Tam, who had convictions for causing hurt and rash act, could have been jailed for up to seven years and/or fined.

Related Stories
Man stabs himself over 8 times then stabs tenant too: 'It does not matter if I kill another one or two'
2-year-old boy dies after abuse by pregnant mum and her BF: Why didn't neighbours help?
Drama at Tiong Bahru Market as man gets into huge argument with stall owner
tenant
injured
food
mental disorder