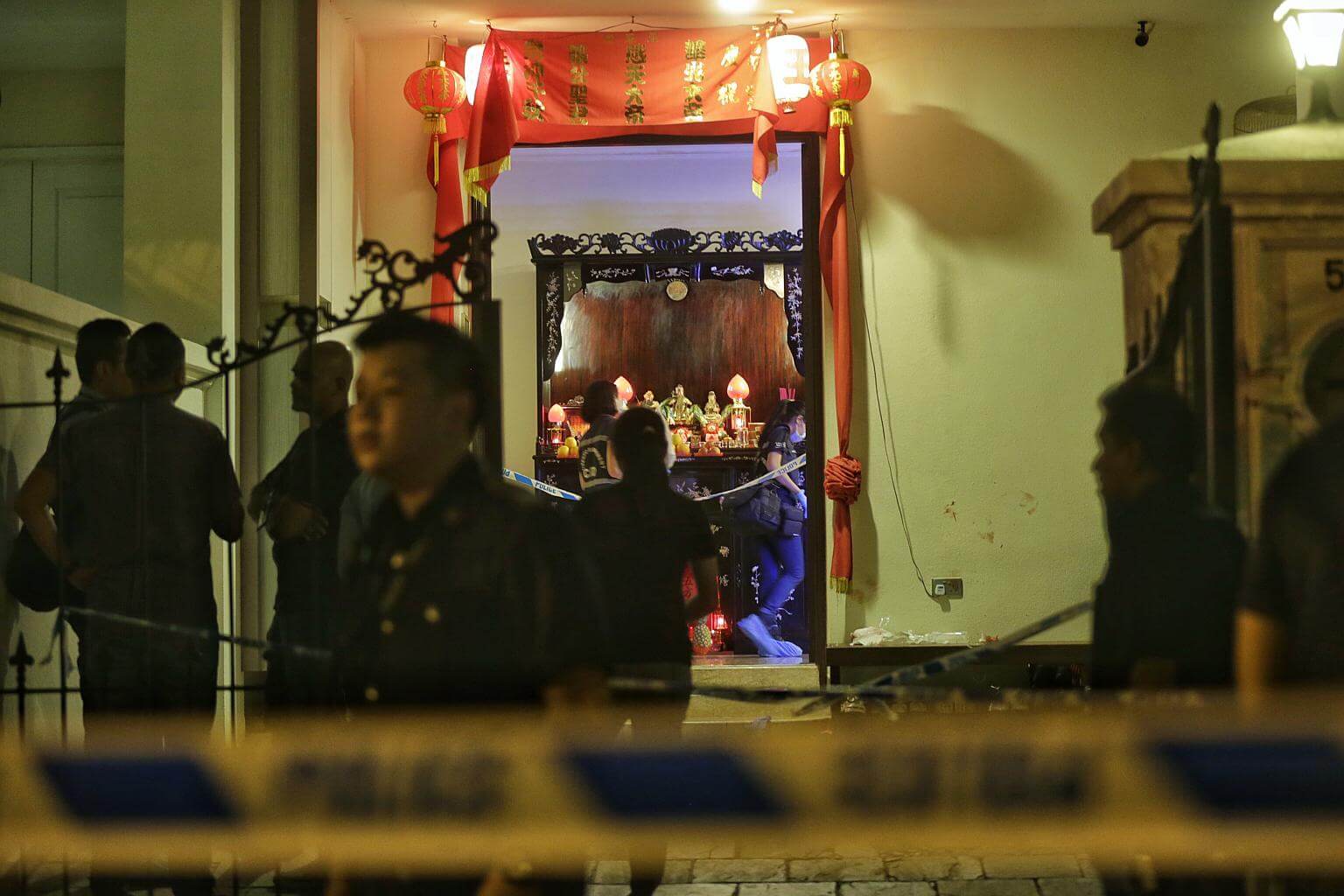 A 23-year-old Indonesian maid was arrested on Tuesday night (June 7) after she allegedly stabbed the couple who employed her, killing a woman and leaving her husband requiring surgery for his wounds.

Neighbours said they heard little until the peace of a private estate in Telok Kurau was shattered by ambulances and police cars arriving at the three-storey semi-detached house at 50C, Lorong H, where the alleged stabbings took place after 8pm.

The man who was stabbed - believed to be Mr Ong Kian Soon, 57 - was eventually taken to Changi General Hospital (CGH).

Police received a call about the incident at 8.48pm. When officers arrived, they discovered the motionless body of a 59-year-old woman in a toilet on the second floor.

Paramedics pronounced her dead at about 9.03pm.

Police have classified the case as murder, and are investigating.

The Straits Times understands that the maid had used a knife to attack her employers.

It is believed that Mr Ong went upstairs after he heard a commotion in the toilet. When he opened the door, the maid charged at him with a knife and a tussle ensued.

He managed to subdue the maid, who is believed to have been injured in the struggle as well.

Neighbours The Straits Times spoke to appeared shocked as it dawned on them that a killing had taken place in their estate.

One bystander said he saw an ambulance and four police cars leave the scene at about 9.15pm.

Three Malaysians who were passing by said they heard a man cry for help and saw him running towards the front gate holding the maid. He had two wounds on his neck. The trio, who declined to be named, added that they helped to restrain her.

Officers continued to gather evidence, and by 11pm, the house and a stretch of road in front of it had been cordoned off.

When The Straits Times arrived at the scene in Telok Kurau, a man was seen crying outside the house, which had a red banner and lanterns above front door.

Another man asked to be left alone as he had just lost his mother.

At Changi General Hospital, a nurse told family members that Mr Ong had to go for surgery, and said in Mandarin that he had "lost a lot of blood". She later told them to go home and return in the morning.

She also told them: "Don't agitate him when you talk to him, if not he will bleed."

Police officers had not removed the victim's body from the crime scene as of 12.30am.