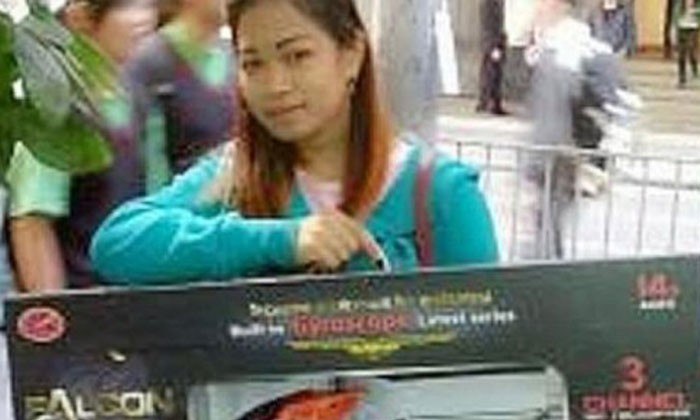 Her baby was just 40 days old when Ms Sumarti Ningsih left for Hong Kong in 2011 to work as a domestic helper.

It wasn't an easy decision for the single mother to leave the newborn and her family behind in Indonesia.

But the 23-year-old had no choice because in their small town of Cilacap in Central Java, work was hard to come by.

It was a question of putting food on the table.

Ms Ningsih's brother, Mr Suyitno, told The New Paper over the phone from Cilacap yesterday: "She did not just send us money, she also brought much joy to our household. Every one was happy when she was around."

But their world came crashing down when Ms Ningsih and another Indonesian woman, Ms Seneng Mujiasih, were brutally killed in Hong Kong two years ago.

Upon hearing news of the verdict, Mr Suyitno, 27, said his family could finally feel "relief" after two years of waiting.

Speaking in Bahasa Indonesia, he said: "We as a family are happy with the verdict and we're thankful to the government which took our family's side."

But he added that his family intends to ask for compensation and will be consulting their lawyers.

Mr Suyitno, who is unemployed, said his sister would occasionally visit her son, Muhammad Hkafiz Arnovan, bearing toys and clothes.

The boy, now five, would happily accept these presents from the woman he called "auntie", without knowing she was his mother.

He was taken care of by Mr Suyitno's parents, and to him, they were his parents.

He said: "When she came back, she would bring clothes or toys for her son, even though he did not know who she really was.

"She just wanted the best for him."

Mr Suyitno said they have since told the son that the "auntie" will not come home with presents again.

Mr Suyitnodescribed his sister as a "happy and fun person" whose top priority was her family.

To support her family, she started working at a young age as a babysitter and cleaner.

Despite being away, Mr Suyitno said his sister "never forgot" about her family.

She would regularly send back money and would always remind her family to "give Hkafiz what he wanted".

In the two years since Ms Ningsih was murdered, Mr Suyitno said his family had always stayed away from news about the investigations or the trial because the grisly details were too much for them to bear.

"People would come up to us and give us updates. To be polite, my family would listen but would never ask to find out more," he said, his voice cracking.

He added: "Each new piece of information was too horrific to imagine. We did not seek it out.

"We just want good memories of her."

Mr Suyitno said, "She would bring clothes or toys for her son, even though he did not know who she really was."