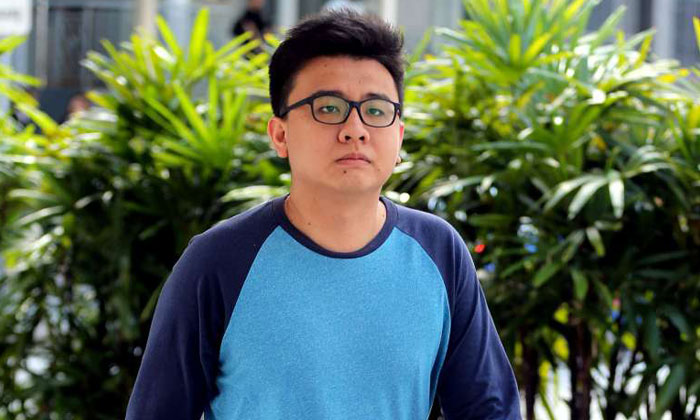 Yang, who was unaccompanied, surrendered himself at the State Courts at about 10.15am.

The 27-year-old, who started the now-defunct TRS with his wife Ai Takagi, 23, was sentenced to eight months in jail last Tuesday for deliberately sowing discord between Singaporeans and foreigners through a series of online articles.

Yang had asked the court to defer his sentence till yesterday to give him time to settle matters relating to his ramen business and to visit his wife in prison on Monday.

He was charged with six counts of sedition, in what is hitherto the most serious case of sedition in Singapore.

Two more charges - one of uploading a seditious Facebook post, and one of failing to give documents to the police - were taken into consideration during the sentencing.

Takagi, an Australian who had pleaded guilty to four counts of sedition from the start, was sentenced to 10 months in jail.

She was 12 weeks pregnant when she started her sentence in April.

His jail sentence is shorter than Takagi's as she had authored the seditious articles, while he had failed to amend or remove them although he controlled the website and its contents, the district judge had said during the sentencing.

The court also found Yang had exploited nationalistic sentiments by publishing articles that promoted hostility towards foreigners residing or working in Singapore, purely for financial gain.