Teen, 18, tried to rape woman while out on probation for randomly attacking women with plastic bags 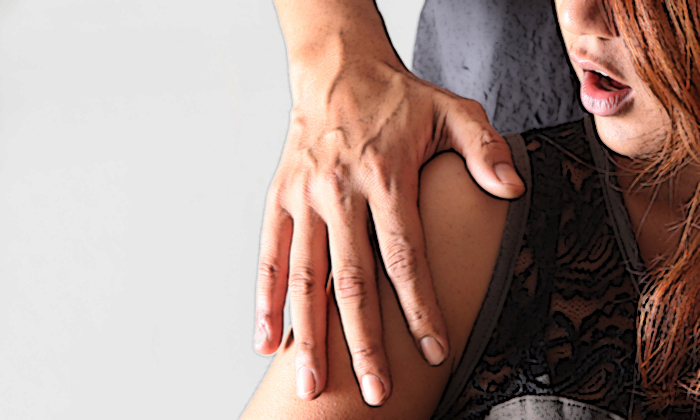 Seven months into his probation for randomly attacking women by covering their heads with plastic bags, an 18-year-old tried to rape a woman at a void deck in his neighbourhood.

Marcus Yow Kai Wen was on Monday (Aug 29) sentenced to the mandatory minimum of eight years' jail and 12 strokes of the cane after he pleaded guilty in the High Court to a charge of attempted rape. Three other charges of sexual offences were taken into consideration.

In sentencing, Justice Choo Han Teck told Yow: "There is obviously something wrong with you because you have been committing this kind of offences since you were 16. If you do not do something about it and seek help... the next time you appear in court, you can be in lock-up for almost the rest of your adult life."

Yow's mother sobbed uncontrollably after the sentencing and had to be supported by family members.

Yow was 16 when he assaulted four women, aged between 18 and 34, by approaching them from behind and throwing a plastic bag or sweater over her heads. He was placed on 18 months' probation in December 2014 for using criminal force and ordered to seek psychiatric treatment.

On Monday (Aug 29), the High Court heard that at about 3.20am on July 26 in 2015, while he was still on probation, Yow felt the urge to rape someone after watching pornographic videos at his Choa Chu Kang home.

Wearing a cap and sunglasses and armed with a knife-shaped letter opener, Yow went downstairs to look for his victim and accosted a 25-year-old woman who was on her way home.

He dragged the woman to the void deck of the next block of flats and tried to rape her but was unsuccessful as she was wearing a tampon.

But he continued to perform degrading sexual acts on the victim, who did as she was told out of fear that he would harm her with the letter opener.

The woman broke free after she saw some passers-by and shouted for help. Yow fled the scene.

The victim, who took the letter opener and a slipper left behind by Yow, was helped to her block by the two passers-by. She called her boyfriend, who reported the case to the police.

On Monday (Aug29), Deputy Public Prosecutor Sellakumaran told the court that the victim has lost her self worth and did not see the value of life anymore. She moved out of her parents' flat after the incident, causing strains in familial relationships.

Seeking a jail term on the "higher end", the DPP said the present offences showed an escalation from Yow's previous brush with the law and that Yow was assessed to have a high risk of sexual re-offending.

Yow's lawyer, Mr Amarick Gill, said Yow, a student at Institute of Technical Education College West, stopped his studies after fliers were circulated at his school and in the neighbourhood warning people to be vigilant.

Yow had faced between eight and 10 years' jail and at least 12 strokes of the cane.

Related Stories
26-year-old beach patrol officer rapes drunk partygoer, 20, at Siloso Beach
Man who was caught for raping child after 12 years: Here's what led to arrest
Man accused of raping mum: He admits to lifting her nightie to see her private parts
33-year-old man accused of raping his mum: He allegedly told her he liked it and wanted to do it again
More About:
crime
pervert
Rape
courtroom
teen
Youths behaving badly