Teen, 17, given probation for slapping girl and burning her thighs with lit cigarette 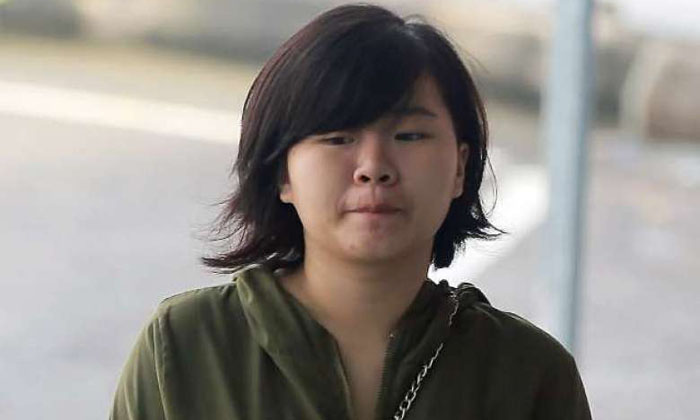 Seven female teenagers, aged 13 to 17, took turns to slap a 15-year-old girl's face in December last year because they felt that she was arrogant and wanted to "teach her a lesson" a court heard.

One of the teens, Anna Belle Tan Yee Min, also burnt the victim's thighs with a lit cigarette.

She pleaded guilty to one charge of rioting and one of causing hurt.

A community court heard that at about 3pm on Dec 20 last year, Tan and her six friends went to look for the victim at the void deck of Block 231 Hougang Street 21.

All seven took turns to hit the victim's face.

One of the assailants also pushed her to the ground.

The group fled after warning the victim not to report the attack to the police.

Later that month, at about 12am on Jan 31, Tan and another assailant, aged 13, bumped into the victim at the Cheers convenience store in Hougang Central.

Tan asked the victim whether she wanted to "drop the case" against her, the court heard.

Shortly after, the victim called her mother on her mobile phone and her mother warned the two assailants not to assault her daughter or they would lodge another police report.

At about 12.30am, however, Tan splashed a bottle of iced lemon tea at the victim and slapped her cheek.

She also warned her not to report the matter to the police, before leaving.

The court also heard that at about 1pm on Dec 20 last year, Tan slapped a 14-year-old girl at the car park of Nex shopping centre.

Just 15 minutes later, she slapped another 14-year-old girl at the forth floor staircase landing of the shopping centre.

These two charges of causing hurt were considered in sentencing.

The maximum punishment for rioting is seven years' jail with caning for men below 50; and for causing hurt, two years' jail and a $5,000 fine.

Related Stories
CEO slaps cabby after he refuses to pick him up because he was drunk
Maid abuses 14-month-old boy by forcefully dangling him upside-down and slapping him
More About:
Teen slaps girl
teen burns girl's thighs
abuse
Youths behaving badly