Teacher whose students took upskirt photos and videos of her: 'I still have an aching pain in my heart' 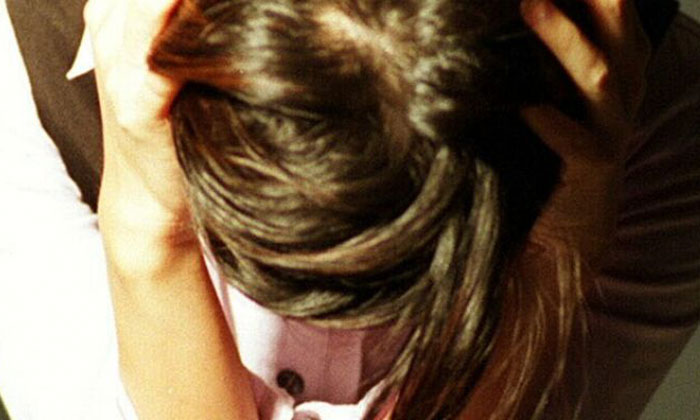 It has been two years since upskirt photos and videos were taken of her and then shared among her students.

But the pain and trauma resulting from the experience remains clearly etched in her mind, said the teacher, whom we shall call Sarah.

"Till now, whenever I think about what happened to me, I still have an aching pain in my heart, and I will feel depressed for a while," she wrote in a Facebook post.

"Posting this might create a lot of repercussions. But I feel that it is more important that the other female teachers take this incident as a lesson and be very careful."

Sarah decided to share her experience on Facebook after reading The New Paper's report last Saturday on an upskirt incident at an all-boys school.

TNP reported that a student was expelled and several others were caned or disciplined after they were found to possess upskirt images of six female teachers from their secondary school last month.

Seven boys were found to have taken the photos and videos with their smartphones, and 23 others received and/or shared the images.

The expelled boy had been involved in a similar incident at his previous school.

He was found to be in possession of the images but was not among the seven who recorded the images, the principal told TNP.

Following the report, TNP received tip-offs about similar incidents in three other secondary schools. When contacted, the schools confirmed the incidents and said the culprits had been disciplined.

We are not naming the schools to protect the victims.

Sarah, who used to teach at one of the schools, became a victim in July 2014, a few months shy of her wedding.

"(Before the upskirt incident), I had suspicions about these three boys as I noticed they would stand very close to me when they were consulting me about (schoolwork).

"Sometimes their elbows or arms would brush past the side of my breast, and there were also a few instances when I felt something brushing against my backside while I was bending slightly to attend to a student," she wrote.

Sarah said she did not report these incidents because she did not want to accuse her students of such a "despicable" act.

"I have always given them the benefit of the doubt, and assumed that (these incidents) were accidental physical contact, especially since I did not have any concrete evidence."

The school's management told her that the matter would be dealt with internally, but on her husband's advice, she made a police report about the upskirt photos, said Sarah.

"I was given about five days of UPA (urgent private affairs) leave as I was extremely affected by the incident. I was depressed for quite a while and would cry uncontrollably at the thought of what had happened," she wrote.

Four months later, Sarah made a second police report - this time for a sexually explicit message sent via Instagram by a student in the school.

She said the boy had copied pictures she had previously posted on her Instagram account, cropped them to show just her chest area and zoomed in to make a collage, accompanied by a long message with sexually explicit details.

"My husband and I felt disgusted by his act of sexual harassment and we decided to report it to the police," she wrote.

When asked what came of the police reports, the teacher said the boys were let off with a warning from the police.

This could not be confirmed with the police.

Last year, she was told by the principal that some of the boys involved were caned.

"This is not a proud moment for me, but I'm glad to finally get this off my chest...

"This has definitely affected how I've viewed my career even though I love teaching very much. I really just wish the welfare of teachers (will) come first." she wrote.

Three other secondary schools have confirmed that they disciplined some of their students for their involvement in "upskirt photo" incidents.

These cases happened between 2014 and this year.

After The New Paper reported last Saturday that 30 students had been disciplined, including caning for some, for having upskirt images of six female teachers at an all-boys school, TNP received tip-offs on similar incidents in three other schools.

When contacted, the three schools - one co-ed school and two all-boys schools - confirmed the incidents.

The principal of one of the all-boys schools said: "The incident was in 2014. We spoke to the teacher and appropriate disciplinary action was taken (against) the students.

"The students have learnt their lesson and we hope all parties involved could move on."

The principal of the other all-boys school said: "There was an incident of students who were involved in taking an upskirt video of our teacher in early 2016.

"The students were disciplined and counselled and we engaged their parents to help the students learn from this incident."

The principal of the co-ed school told TNP: "The school takes a serious view of misconduct by students. The students involved in the incident in 2015 were disciplined and counselled.

"The case has been resolved and the students have apologised to the teachers and moved on."

When asked to elaborate on the incidents, all three principals said they had nothing further to add and hoped to move on from the incidents.

Taking upskirt photos or videos is included in the offences under insulting a woman's modesty.

Police figures show that there were 597 offences of insulting a woman's modesty last year, down from 634 in 2014. There have been 402 cases until September this year.

There are no official figures on upskirt incidents in schools, but psychiatrist Lim Boon Leng said it could be more common than we think.

Dr Lim, who is in private practice, told TNP: "If you look at online forums where people share upskirt photos, it's become (about) boasting rights."

Associate Professor Tan Ern Ser, a sociologist at the National University of Singapore, said: "The issue is certainly more salient these days, given the occurrences reported in the media. However, salience does not necessarily mean that it is on the rise or is more common. Nevertheless, I believe it is a cause for concern."

In response to TNP's queries, a Ministry of Education (MOE) spokesman said: "MOE and schools are committed to maintaining high standards of school discipline.

"MOE works closely with the schools and provides disciplinary guidelines which schools can take reference from to customise their school rules, based on their context and needs.

"In the management of discipline cases, schools will educate students on their wrong actions by disciplining and counselling them.

"Schools will render the necessary support to staff who are affected by the errant behaviour of the students. If a police report has been made, schools will assist the police in their investigations."

Should a police report be made?

At least two police reports have been made in the four confirmed cases of students taking upskirt images of their teachers.

The New Paper understands that the schools involved preferred to handle the matter internally, though at least one school gave the teachers the option of reporting the matter to the police.

But should the police get involved?

In view of the young ages of the culprits, former educators, counsellors and parents whom The New Paper spoke to were divided on this.

Dr John Lim, director of the Singapore Counselling Centre, said a police report ought to be made when a person's modesty is violated, even when the alleged offenders are young.

"This is to let the offenders know it is seriously wrong and a criminal offence, which will in turn send a message that there are boundaries that cannot be crossed, regardless of age," he said.

The consequences of not filing a police report could increase the likelihood of the culprit reoffending, while the victim could suffer from a sense of injustice, he said.

He added that the victim should make the report so as to give a first-hand account of what happened.

Mr Ho Kong Loon, 69, a former primary school teacher with 40 years' experience, however, felt that the onus should fall on the principal.

"If the teacher wants to make a police report, it would be logical to first get the nod from the school head. Not doing so might be deemed an act of insubordination," Mr Ho said.

Psychologist Frances Yeo of Thomson Medical Centre said the decision should rest on the victim, based on the degree to which she feels her safety was threatened, the level of trauma she suffered, and whether she believes herself to still be in danger.

Ms Yeo said: "This is a unique situation where an offence was perpetrated by an underage person on an adult.

"It is for the victim, who is an adult in this situation, to decide if a police report is the right and necessary consequence in order to right the wrong perpetrated on her.

"The school needs to take into account the teacher's feelings about this matter when considering how to manage this unique situation."

Member of Parliament Seah Kian Pengsaid the decision should be left to the school and its teachers.

"My own preference is not to take the police-report route, but we should ensure the students are taught a lesson," he said.

"If it is a recalcitrant case, then a police report is warranted," said Mr Seah, who sits on the Government Parliamentary Committee for Education.

A former teacher and three parents felt that the young age of the culprits should be considered.

Curriculum development consultant Marietta Koh, who is in her 40s, said: "Though the boys committed a grave offence, I feel that the school (in TNP's report last Saturday) handled the matter admirably by not lodging a police report considering their young age.

"The school has already sent a clear message to the student population that such an offence is not to be condoned by publicly caning those who had taken the upskirt videos, and this adequately serves as a strong punishment and deterrent."

Filing a police report may leave a permanent blemish on the students' record, said Ms Koh, who used to teach at Serangoon Junior College and Raffles Institution in the 1990s.

She said it was more important to counsel and teach the students about the consequences of their actions.

The three parents gave similar views on why the police should not be called in.

Madam Lena Lim, 45, a business assistant and mother of a 19-year-old daughter, said that during her secondary school days, male students would try to peep under female teachers' skirts using mirrors as they walked past them in class.

While stressing that this was "definitely wrong", she added: "As a parent, we also hope our child will be forgiven, with preventive steps put in place.

"First-time offenders should be publicly caned during assembly to send a strong message to the student population, be given warning letters, and have their parents informed.

"But for a repeat offender, like the student who had been expelled before, a police report should be made to prevent re-occurrence."