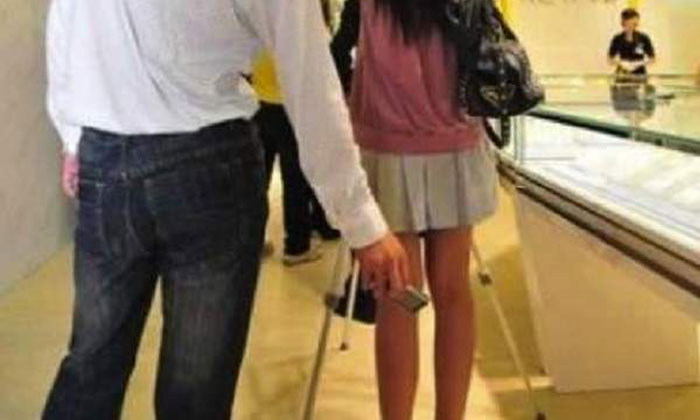 A student who recorded multiple upskirt videos of various women on escalators at shopping malls and elsewhere over a four-month period was given 16 weeks' jail on Friday (Sept 2).

Malaysian Li Yaw Chung, 20, a student at UniSIM, pleaded guilty to 12 counts of insulting the modesty of a woman with 14 others taken into consideration.

A court heard that a 26-year-old Singaporean detained Li at Lot One Shoppers' mall at Choa Chu Kang Avenue 4 on April 8 last year after witnessing him filming the upskirt videos of three unidentified women with his mobile phone.

Each time, Li had stood behind the woman on the upward riding escalator on different levels at the mall.

Police were called and seized his mobile phone which was examined and found to have some other upskirt videos that had been deleted by Li.

He admitted to have recorded them sometime in March last year.

Besides the eight unknown female shoppers he filmed at Lot One Shoppers' Mall that day, he had, on March 30 the same year, taken similar upskirt videos a woman at JEM shopping mall at Jurong Gateway Road and another unknown female shopper at a supermarket at West Mall in Bukit Batok Central.

He was out on police bail when he re-offended on Aug 4 the same year.

The court heard that after his classes at the Singapore Institute of Management (SIM) at Clementi Road, he used his mobile phone to take an upskirt video of an unidentified female at the overhead bridge outside SIM.

While he was at the Clementi MRT station escalator, he stood behind a woman and tilted his phone with its camera facing upwards towards the woman and recorded a video of her thighs and underwear.

He stopped the video when he was halfway up the escalator, and was detained by a police officer.

He could have been jailed for up to one year and/or fined for each count of insulting modesty.

Related Stories
16-year-old teen gets probation for sexually abusing two welfare home residents in toilet
Father inflicts "gravest form of sexual abuse" on 10-year-old daughter by sodomising her while she was in school uniform
More About:
inappropriate
court