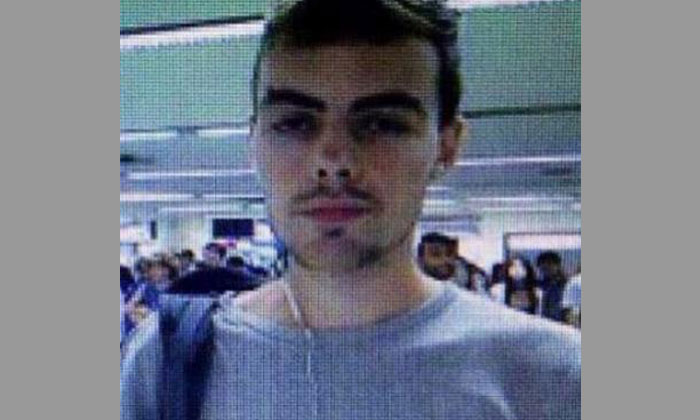 A Singaporean was getting ready for a day out in Bangkok at the Boxpackers Hostel just before noon on Sunday when a hostel worker opened the door of the room and gestured for her to leave quietly.

About 12 plainclothes police officers stood at the doorway with guns drawn, the 23-year-old civil servant, who declined to be named, told The Straits Times yesterday.

She later found out that the officers were there to arrest a fellow tourist staying in her 12-bed dormitory room.

He turned out to be the man who allegedly robbed the Standard Chartered Bank in Holland Village of $30,000 last Thursday.

The man, who had slept just two beds away from her on an upper bunk, had fled to Bangkok shortly after the robbery and arrived at 5pm Thailand time (6pm Singapore time) that day. He checked into the hostel along Petchburi Road in the Ratchthewi District.

Yesterday, he was identified by the Thai media as 26-year-old Canadian David James Roach.

The Singaporean, who was in Bangkok for a holiday with a friend until yesterday, said she first noticed something amiss earlier during breakfast on Sunday, when some 20 police officers arrived outside the hostel on motorcycles.

They remained in the vicinity even after she returned to her mixed dorm on the fourth storey.

She was standing by the lockers in the room when the police appeared at about 11.45am.

They were led by a hostel staff member who gestured for her to leave the room quietly.

She recalled: "I was scared to see them holding guns and went down very quickly. Some of the officers were wearing vests that said 'tourist police'.

"One even cocked his gun."

She said the suspect was skinny, about 1.8m, wore spectacles and sported a crew cut.

The civil servant said she had noticed him at breakfast a day earlier on Saturday because he had "a piercing look".

"He was quiet and his eyes were quite intense. He was calm and slowly eating his breakfast," she said.

He was always on his own and "never once talked or smiled" during his stay and "seemed to be in his own world", she added.

She had an inkling that the police presence was linked to the Singapore robbery only when a police officer told her later that they wanted to "catch thief" who "steal from Singapore".

Some 45 minutes after the police officers stormed the hostel, she saw the suspect being led down a narrow staircase calmly, without handcuffs.

She said: "A police officer was holding each of his wrists. He gave me the same piercing look and then he was taken away."