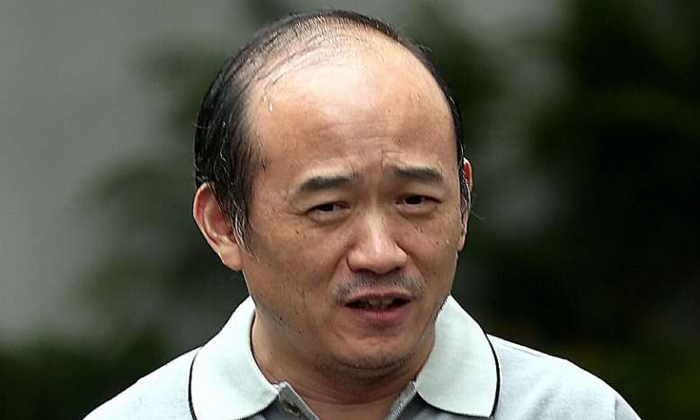 A Singaporean businessman facing jail for passport offence convictions is being sued in the High Court by Bangkok-based carrier Orient Thai Airlines for about 279 million baht (S$11.2 million).

Orient Thai alleges Mick Davies breached fiduciary duties while he was a director by instructing that the funds be transferred - over nine months from September last year - to Siam Air Transport TH, a Thai firm he effectively controlled.

Davies denies the claims and said the fund transfers were to partially settle a loan extended by the Siam Air Group to Orient Thai.

Hubei-born Davies, who became a Singapore citizen about five years ago, was once ranked China's 70th richest man by Forbes and had interests in real estate, tourism, telecommunications and commercial aviation.

He was sentenced to five months' jail last month for using a Hong Kong passport that was not his and is out on $80,000 bail pending an appeal.

Previously known as Lan Shi Li and Jack Thomson, he changed his name by deed poll in June 2014 to Mick Davies.

In March 2015, he was appointed a director of Orient Thai, which claimed he gained control through his nominees on the board and the 60 per cent shares held by two companies.

In March this year, he was detained by Guangzhou police in a probe over a joint venture with a Chinese businessman regarding the acquisition of shares in Orient Thai. He was released in April without charges. Two months later, he was removed as director.

According to court documents filed in September by Orient Thai's lawyers, Senior Counsel Toh Kian Sing and Chen Zhida from Rajah & Tann, Davies had instructed an authorised signatory to transfer the funds, which were to be recorded as loans to Siam Air TH.

Orient Thai claims there was no security provided even if they were loans, and alleged that part of the funds involving about 95 million baht was further transferred from Siam Air TH to Hong Kong-based Siam Air HK, set up by Davies in 2014 with HK$10,000 (S$1,900) in paid-up capital.

Orient Thai is seeking a court order for the repayment of the 279 million baht, among other things.

Through his defence documents filed by lawyer Chung Ting Fai, Davies claimed the loan had been extended by Siam Air HK to Orient Thai, but payment had to go through Siam Air TH because of Thailand's tight currency controls.

He added that the fund transfers from Orient Thai to Siam Air TH were meant to repay the loan given by the Siam Air Group, which consists of Siam Air TH and Siam Air HK, among others. He said the loan was made to Orient Thai by making certain payments on its behalf.

In August, Orient Thai took out a High Court order known as a Mareva Injunction to freeze assets worth about 279 million baht belonging to Davies, pending the settlement of the case or until further notice.

A High Court pre-trial conference is due next month.

Related Stories
S'pore actress hauled to court over firm's $200,000 debt
Remittance company foil yet another scam attempt of $50,000: 3rd case in 2 weeks
Till debt do they part: Couples spend heavily on weddings -- and one spent $110,000
court
money
businessman sued by Orient Thai Airlines