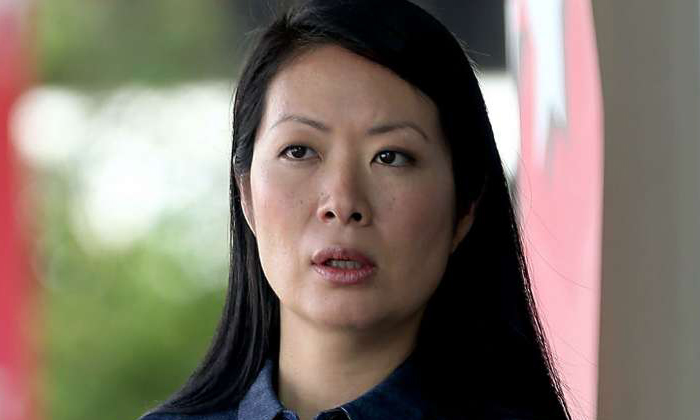 With her concert promotion company having already lost a $200,000 suit to Resorts World Sentosa (RWS) last year, theatre director and actress Beatrice Chia-Richmond has been summoned to court to assess her firm's assets.

Running Into The Sun (Rits), which put up Ah Boys To Men: The Musical at the integrated resort from April 18 to May 4 in 2014, had failed to pay RWS a cut of the proceeds from the show.

The contract between RWS and Rits stipulates that the resort is to get a 15 per cent share of the gross ticket revenue and cash sponsorship from the event, according to court documents obtained by The Straits Times.

Under the agreement, Rits, which was founded in 2009 and best known for organising concerts by major K-pop acts such as Super Junior and Girls' Generation, was also to bear the costs of additional or overtime manpower needed for the event. Last year, the integrated resort won a court judgment to recover the debt.

Despite numerous reminders, Rits failed to pay the outstanding sum of $199,248.07, though it had acknowledged the debt in an e-mail to Rajah & Tann, the law firm acting for RWS. In September last year, RWS sued Rits for the outstanding sum. The following month, RWS won by default as Rits did not respond to the lawsuit.

Last month, RWS applied for Mrs Chia-Richmond as well as Ms Wendy Ng, both directors of Rits at the time, to be summoned to court for a hearing known as an examination of judgment debtor, in which someone who loses a lawsuit is questioned on the possible assets available to pay the judgment sum.

Mrs Chia-Richmond, 42, appeared in court last week. The hearing has been adjourned to Oct 3.

"This is an old business dispute from two years ago," she told The Straits Times through e-mail. "I have been trying my best to settle it even though I am no longer a director of the company. It is unfortunate that we have reached this current situation."

A Straits Times check showed that she is the sole shareholder of Rits, but is no longer listed as a director of the company. The award-winning theatre director and actress was the creative director of the opening and closing ceremonies of the South-east Asian Games last year, and the National Day Parade in 2011 and this year.