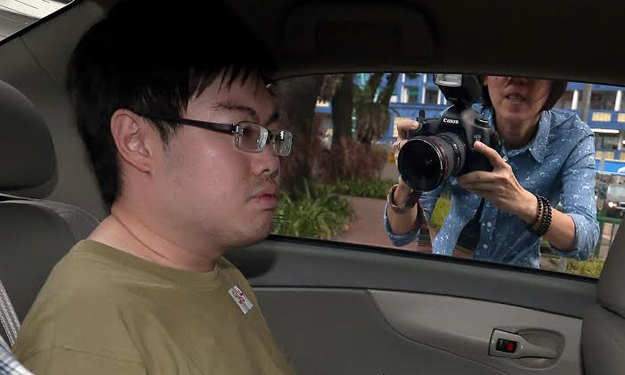 A 29-year-old man lost control in an argument with his 67-year-old father -- resulting in the older man's death on Tuesday (Feb 10).

In a report by The Straits Times, it is revealed that the businessman Mark Tan Peng Liat has been charged with murder of his father, Mr Tan Kok Keng.

According to Shin Min Daily News, neighbours at their West Coast Rise apartment heard loud screams and shouts even from 20 metres away.

For reasons unknown, the father and son started quarrelling heatedly for about 15 minutes.

It escalated out of control when Mark reportedly stretched out his hands to grab his father's neck and did not let go, strangling him.

Their Indonesian maid witnessed the incident and ran to the home of Mr Tan Kok Keng's sister on the next street to seek help and the police were called, reports The New Paper.

The older man then fell onto the ground and lost consciousness.

It is reported that Mark went into a state of panic when his father passed out.

He accompanied his father to the hospital when ambulance arrived.

However, Mark did not expect that his father could not be revived. He was pronounced dead and Mark arrested on the spot.

Related Stories
Son who killed father at West Coast flat says he 'did not know a chokehold would kill him'
Son kills father with headlock and chokehold after heated argument
West Coast murder: Mum grieves,"What do you expect me to do, kill my son?"
More About:
death
dead
west coast murder
murder
son killed father