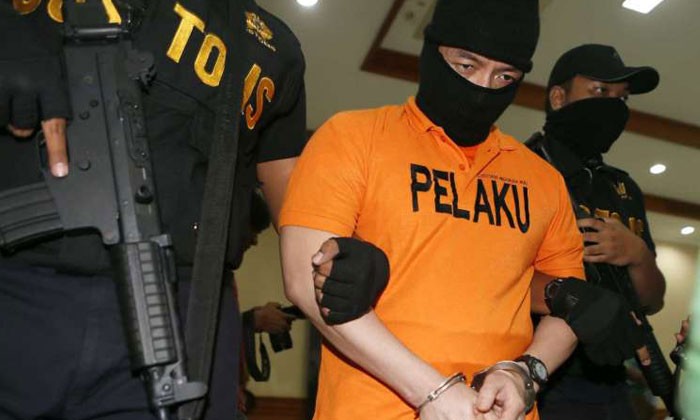 A Singaporean national was reportedly arrested in Bali on Monday night (Oct 3) for bringing drugs into Indonesia reported The Straits Times.

According to the report, the suspect, identified as Goh Thiam Ann Desmond, was caught with methamphetamine and two ecstasy pills upon arrival at Bali's Ngurah Rai International Airport.

Mr Budi Harjanto, the head of the airport's customs and excise office, said the drugs were placed in two individual plastic sachets and kept in a black Louis Vuitton wallet.

A report on ChannelNewsAsia (CNA) states that the suspect was reportedly a cabin crew member from Singapore Airlines (SIA) and arrived in Bali as a passenger on the flight SQ 948.

When approached by CNA for comment, SIA declined to confirm details about Goh's arrest, saying: "We do not comment on individual employee matters."

"We did a body search and we found the drugs in his wallet," Mr Budi told The Straits Times. "(Goh) planned to spend a week of vacation in Bali and consume the drugs himself."

Mr Budi also said Goh had bought the drugs in Singapore and used some of it there.

The 42-year-old now faces a fine and a five- to 15-year jail term if found guilty of drug offences, said Mr Budi.

Under Indonesian law, the suspect could face a maximum of lifetime imprisonment, and a fine of more than US$600,000, CNA reported.

Goh is the second Singaporean to be arrested for carrying drugs into Bali in the past month. The previous case took place on Sep 10, and involved 32-year-old event organiser Muhammad Faliq Bin Nordin, who was caught with US$17,000 worth of drugs in Bali.

Related Stories
Watch dramatic video of Police STAR Team breaking into Sembawang flat to rescue 2-year-old boy locked inside with 39-year-old man
Man who locked himself with boy, 2, in Sembawang flat for 17 hours arrested after officers break down door
Drug syndicate operating out of Geylang smashed after CNB seizes more than $218,000 worth of drugs
More About:
drug
arrest
crime
illegal
court
SIA
flight