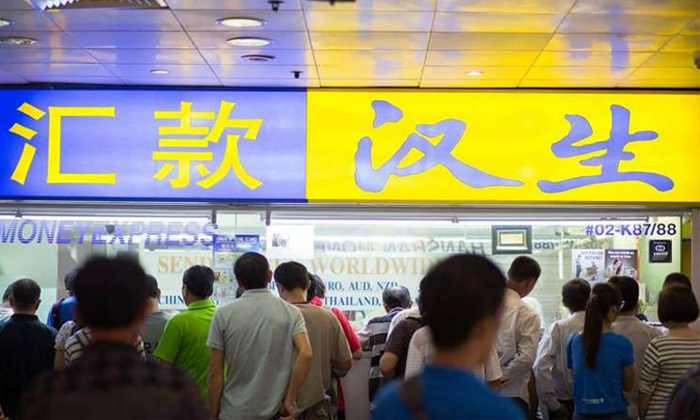 The victim, a 30-year-old woman, received a phone call on Tuesday morning from someone claiming to be from SingPost.

The woman was told that police in Shanghai had intercepted a contraband parcel of counterfeit items sent in her name.

Another caller, purporting to be from law enforcement in Shanghai, then told her that she faced arrest for money laundering.

The victim was ordered to remit money to a bank account in China.

The victim's money was successfully recovered.

This is the second time in a week that Hanshan Money Express staff have had to step in. Last Thursday (Sept 1), they saved a 37-year-old man $3,500.

In June, staff from the company came to the rescue of an 80-year-old woman who would have lost $180,000 in a similar parcel scam.

The police remind members of the public to be wary of unsolicited calls from unknown parties that give instructions to transfer or remit money, or hand over bank details and personal information.

SingPost has also put an advisory on its websiteabout scam calls and e-mails where fraudsters claim to be from SingPost.

Related Stories
Remittance company foil yet another scam attempt of $50,000: 3rd case in 2 weeks
Maybank staff help prevent elderly woman from being scammed $200,000
Alert tellers save elderly woman from $180,000 scam -- who 'did not dare speak'
More About:
scam
court
kudos