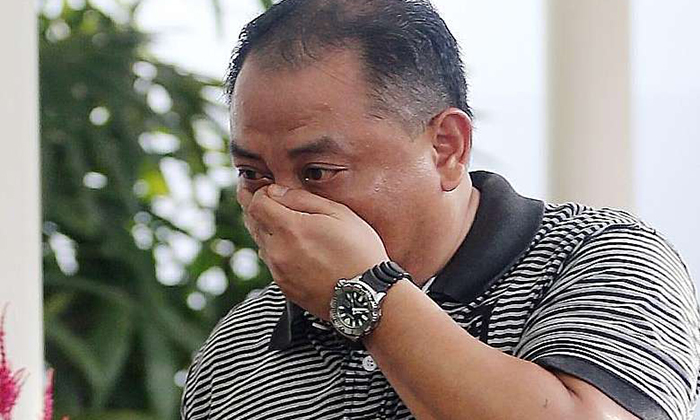 A prison officer who molested a male inmate at Admiralty West jail was jailed for more than two years yesterday.

In sentencing Mohamed Faris Osman to 27 months in jail, District Judge May Mesenas said the Singapore Prison Service sergeant had failed to live up to his organisation's core values.

"Captains of Lives" is the tagline that the Singapore Prison Service prides itself on, she said, "for which prison officers aspire to make a difference in the lives of inmates and where they are fair yet firm in the treatment of inmates, and carry themselves as role models".

But Faris, who had worked for the prison authorities for 27 years, abused his position to commit crimes, she noted.

"On the contrary, his numerous acts of molest on an inmate, ironically and regrettably, destroyed the life of the very inmate he was meant to help rehabilitate," she said.

The judge said a strong sentence is needed "to reflect the court's abhorrence for such acts of molest committed by (Faris) on a vulnerable class of persons like the victim".

The father of three children stood expressionless in the dock as he was sentenced, with his wife present in court. He was later handcuffed and led away by policemen.

Faris was found guilty in June of nine charges of outrage of modesty after a nine-day trial. He molested the inmate between July and October last year.

The inmate, who has not been named to protect his identity, put up with the abuse as he feared his jail term would be increased.

It was only when another prison officer noticed that the inmate was depressed and distressed that the matter came to light.

The prison superintendent immediately transferred the inmate to another housing unit.

Faris was deployed as a logistics officer at the prison, where the inmate, who was engaged to be married in China, was serving a jail term from April to November last year.

The inmate was part of a team of four to five prisoners who did maintenance and cleaning work at the prison. Faris was the only guard who supervised them every day.

The victim was first molested in July. He was sweeping the floor when Faris slid his hand down his arm.

In September, when Faris poked the inmate with his walkie-talkie antenna, the victim reported sick for two days to avoid seeing the sergeant.

Later that month, the court heard, Faris said "I love you" to the inmate before he touched his private parts twice. The officer then asked the inmate: "Why you no sayang (Malay for love) officer?" The inmate replied: "If you really sayang me, you will not do that."

On the morning of Oct 16, Faris patted the inmate's buttocks when he bent over to pick up a box. More incidents followed that day until the inmate refused to work.

The inmate was escorted back to his housing unit by the sergeant, who handed him over to a rehabilitation officer.

Noticing that he looked distressed and tearful during a strip search, the officer asked the inmate what happened and was told of Faris' abuse.

The inmate said he did not report the abuse earlier because he did not want to get into trouble or be mocked by other inmates. He added that he had heard of other inmates being sexually harassed.