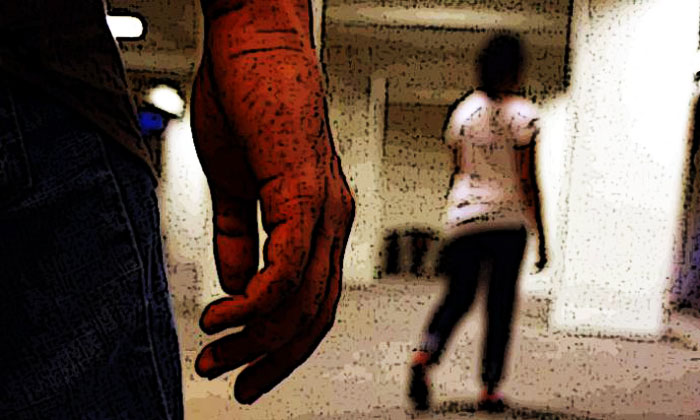 A day before he was due to appear in court last month for pretending to be a policeman, a freelance tutor did it again. He posed as a policeman and asked to see a couple's work permits.

This time, Parthiban R. Kandasamy, 39, then went on to molest and insult the modesty of a 31-year- old Indonesian domestic worker.

This term will start after he completes his current four-month jail sentence for pretending to be a policeman in the previous case.

The court heard that the maid was with her construction-worker boyfriend from Bangladesh at the sky garden at Block 88, Tanglin Halt Road, when Parthiban approached them. He identified himself as a policeman and asked for their work permits.

He looked at the permits and led the 31-year-old Bangladeshi national to a nearby staircase landing. He questioned him about his relationship with the woman.

Parthiban returned to the garden, told the man to wait there and asked the maid to follow him to the staircase landing.

There, he asked her what they had been doing. She said they had just been talking, and Parthiban told her not to lie.

He then asked if she had any cigarettes. When she said she did not, he touched her hip area on the pretext of checking for cigarettes.

He then told her to pull up her tank top and lift up her skirt.

Parthiban then grabbed her and kissed her on the lips. He also made her touch his groin area.

He returned her the work permit, walked with her back to the garden area and told her to leave. He also told the Bangladeshi man to leave when he found him waiting for the victim.

The maid went home and told her employers, who took her to make a police report.

In his submissions on sentencing, Deputy Public Prosecutor James Chew said Parthiban had behaved like a predator and had gone about committing offences in a "very measured, deliberate and calculated way".

He said Parthiban, a recalcitrant offender, deserved a "stronger sentence" to deter him.

Parthiban, who is married, had similar convictions for molestation in 2000, and for carnal connection in 2008.

He could have been jailed for up to two years and fined for impersonation.

For outrage of modesty, he could have been jailed for up to two years, fined, caned or received any combined punishment.

The maximum punishment for insulting a woman's modesty is one year's jail and a fine.