MRT vandals reveal in book how they sneaked into Bishan depot 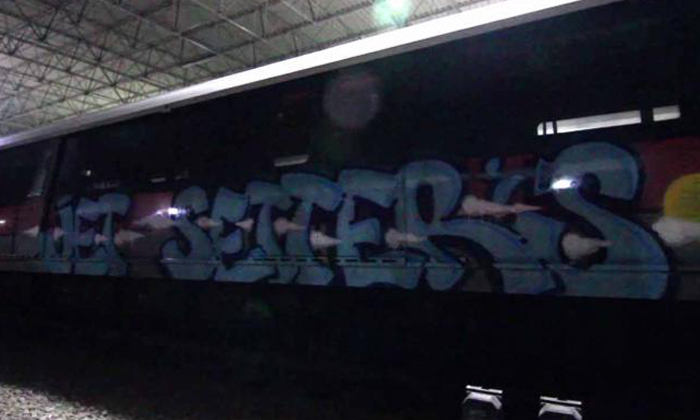 Two American graffiti artists have revealed in a book, how they staked out the Bishan MRT depot over one night in 2011 and figured out how to sneak into the premises to commit the vandalism of an SMRT train.

AsiaOne reported last month that video footage of the crime had surfaced after five years.

Now, the vandals, identified as Jim Clay Harper, 31, and Danielle Bremmer, 34, have shared their experiences in a book published in Bulgaria this year.

Shin Min Daily News reported that the two detailed their exploits in Singapore in about 300 words in the book.

The couple said that they staked out the Bishan depot the night before their "act" in a park opposite. They observed the "five or six staff members and a supervisor working to inspect and clean each train before closing the trains' doors".

They said that the staff met at about 1.30am for a discussion that lasted just a few minutes. The staff then switched off the lights and left.

The couple left the next morning and started planning their "act" for the night.