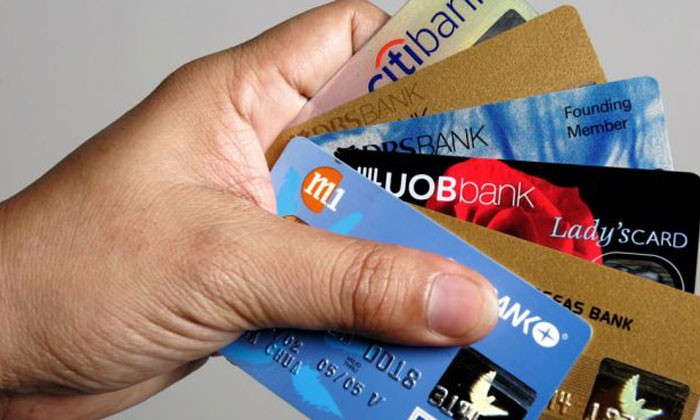 In less than a month, she used four credit cards to spend almost $11,000 on food, handbags, online game credits and health products.

The cards were not hers - three were stolen from her colleague's wallet, and details of the fourth card were taken when she worked at Marina Bay Sands (MBS).

On Monday (Nov 14), Lim Li Ting, 24, was jailed for 15 months for 12 charges of cheating, theft and unauthorised access to computer material.

When she worked as a levy counter staff at MBS in October 2014, she collected the levy from casino guests.

On Oct 22 that year, when Ms Chan Lai Chun, 59 handed Lim her United Overseas Bank credit card to pay the levy, Lim copied the card details on a piece of paper.

After Lim started working for ComfortDelGro, she noticed her colleague's wallet on a desk on Nov 12.

She wanted to steal from it but feared her colleague would notice that money was gone.

So she stole an OCBC Bank credit card instead.

With the cards, she spent $6,300, including about $5,300 worth of health products from Elken Singapore.

The two card owners made police reports after finding out about the unauthorised transactions.

She was arrested on Nov 19, but only some items were recovered.

Court papers said Lim had made no more than $100 in restitution.

Yesterday, defence lawyer Ahmad Firdaus Daud, assigned by the Criminal Legal Aid Scheme, said Lim was from a poor family and had bought the items for her family.

He said her mother was in poor health, having suffered a stroke and has diabetes.

Fifty-seven other charges were taken into consideration for sentencing.

Some items she bought