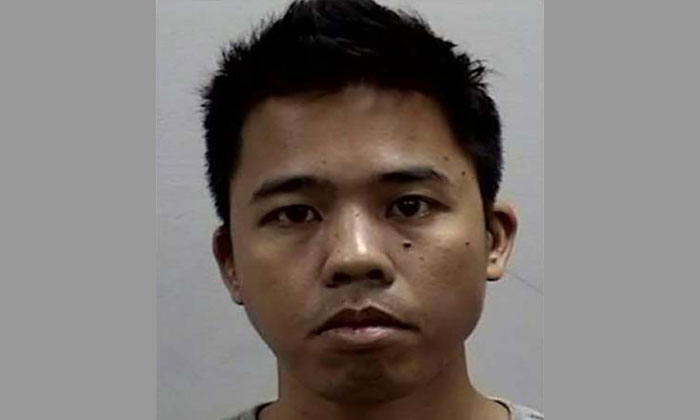 A 32-year-old jobless Malaysian man who overslept at a Changi Airport lounge and missed his flight back to Kuala Lumpur decided to stay in the departure transit area.

But a staff at a lounge he had been to four times before saw through his ruse and called the police.

On Friday (Sept 16), Raejali, a former business development manager with Royale Consultant Management in Singapore, was jailed for two weeks after he pleaded guilty to three out of 31 charges of forgery.

A district court heard that Raejali had a ticket for an AirAsia flight, scheduled to depart for Kuala Lumpur at 7.05am on Aug 21.

The night before, he checked in at close to midnight and went to the Plaza Premium Lounge in Terminal 1 - using his boarding pass and his Priority Pass, issued by Citibank.

But Raejali woke up late and missed his flight.

He decided to continue using the facilities at the lounges in the departure transit areas of the airport's three terminals.

The court was not told why he wanted to stay at the airport.

Passengers are required to have a valid boarding pass to enter into a transit lounge.

He downloaded images of mobile boarding passes issued by two airlines - Cathay Pacific and Singapore Airlines - from the Internet, and then used an image editing software on his laptop to alter them.

Raejali inserted his name, a false flight number and a false destination on the fraudulent mobile boarding passes, before sending them to his mobile phone.

For instance, he went into the Plaza Premium Lounge in Terminal 1 at about 11.30pm on Aug 21, and next moved to the Sats Premier Lounge at the same terminal at around noon on Aug 23.

The next morning, he went to the Dnata Lounge at the same terminal, before going to the Ambassador Transit Lounge at Terminal 3 the following morning.

Last Tuesday, a staff at the Dnata Lounge at Terminal 1 called police when she suspected Raejali's misdeeds.

He had entered that very lounge as recently as three days earlier, on Sept 3.

Policemen nabbed Raejali at about 4pm the next day.

In a statement, the police said it "conducts patrols and regular security checks on persons in the airport's transit areas to ensure the safety and security of all passengers."

Raejali's sentence was backdated to the date of his remand on Sept 9.

For forgery, he could have been jailed for four years and fined per charge.