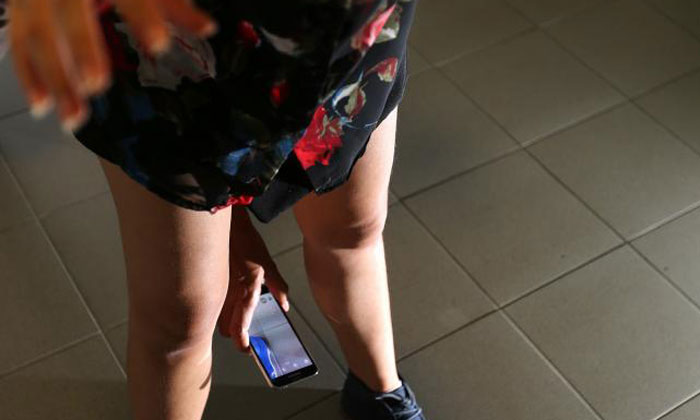 A 28-year-old IT promoter took upskirt videos of 33 women, and then rated the victims based on his perception of how pretty they were, a court heard.

Ryan Er Wei Kiat would give one to four stars for his victims, with four being the prettiest, and catalogued the videos in folders on his computer. He also tried to capture the faces of his victims in his videos.

He managed to escape after he was caught red-handed at an MRT station in 2015 but was tracked down by police a month later.

On Tuesday (Oct 4), Er was jailed for 15 weeks, after he pleaded guilty to 10 out of 33 charges of insulting the modesty of a woman. The remaining counts were taken into consideration in sentencing.

A district court heard that a woman who was travelling up an escalator at Somerset MRT Station at about 11.15am on Aug 24, 2015, felt a touch on the back of her right thigh, between her legs.

"When she turned around, she saw Er standing close behind her and retracting his hand from under her dress. His hand was holding onto a mobile phone," said Deputy Public Prosecutor (DPP) Michael Quilindo.

Suspecting Er to have taken an upskirt photo of her, the victim asked Er to show her the contents of his Samsung Note 2 phone. But he refused and tried to leave by walking away. He also fiddled with his phone.

"A tussle then ensued and Er briefly showed a few photographs to the victim in his mobile phone's gallery. Er then managed to escape from the scene," said DPP Quilindo.

Er's identity was established by police through closed-circuit television footage and follow-up investigations.

He was arrested at home on Sept 28, 2015, and admitted to taking a video of the victim's inner thigh and underwear on Aug 24.

He had stored the video, which also captured the victim's face, on his computer.

The computer also had videos of the inner thigh and underwear of various other unknown women. They were taken between July and September 2015.

Er admitted taking the videos at unknown locations in Singapore on his mobile phone. He would transfer upskirt videos he took to his computer and catalogue them into folders.

"He would also rate the victims based on his perception of the beauty of the targeted woman, on a scale of one to four stars, with four being the prettiest," said DPP Quilindo.

In mitigation, Er's lawyer Amarjit Singh Sidhu said his client was very contrite and undergoing counselling. Er had acted out of impulse due to stress from school and the loss of his father in 2008, Mr Singh added.

Er, who got a diploma in mobile and wireless computing from Temasek Polytechnic, also wrote a letter of apology to his victims, which he submitted to the court.

The maximum punishment for insulting the modesty of a woman is one year's jail and a fine.