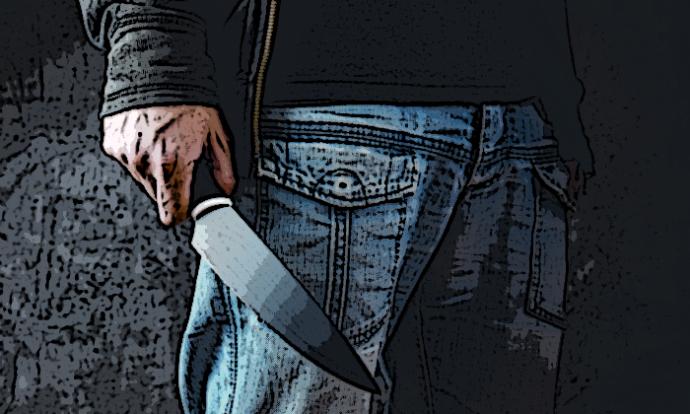 A man who accepted cash to slash the face of a married man's love rival was part of a well-planned mafia-like attack that also involved five others.

Nur Muhammad Irwan Mohd Ngat, 29, was indirectly working for the married man who wanted to beat up the boyfriend of a woman he had a relationship with and supported financially.

He asked his nephew, driver Ron Lim De Mai, 25, to arrange for the 32-year-old victim to be assaulted.

Irwan, who slashed Mr Koh near an eatery in Little India on April 30, was yesterday sentenced to 14½ years' jail and 16 strokes of the cane for grievously hurting the victim and enhanced drug trafficking.

Police had found Ecstasy pills and methamphetamine when they arrested him in an Hougang apartment on May 3. He was sentenced to the minimum 10 years and 10 strokes for drug trafficking.

He was also sentenced for driving while under a court ban and will be prohibited from driving for eight years after his release.

He added that the senior Lim was in a relationship with Ms Chen and gave her the use of a Mercedes-Benz fitted with a Global Positioning System (GPS) which he could track remotely.

Ron Lim approached Ong Hock Chye, 46, a mover, who said he would get someone to assault the target. Ong suggested slashing the person's face in return for payment.

Ong then called his former prison mate, Mohammad Amin Aman, 46, who agreed to do the job.

Amin roped in Irwan, who brought along his girlfriend, Nur Atika Fauziana Sherhan, 20, to the meeting with the others.

Ron Lim then keyed in his uncle's online GPS tracking account user name and password on Atika's mobile phone to enable her to track the location of the Mercedes.

The sum was to be given to Irwan and Amin after they carried out the planned assault.

After picking up Juhari, Irwan drove a rented car to Oasia Hotel Novena where the Mercedes was.

At about midnight, Irwan, Amin and Juhari saw Ms Chen and Mr Koh at the carpark after they had left the hotel in Sinaran Drive.

The couple headed to Huay Kwang Thai Kitchen in Townshend Road for supper. The trio followed in the rented car.

As instructed, Juhari moved in and punched Mr Koh on the head. The victim staggered and fled, with Juhari in pursuit.

Mr Koh was stopped by Irwan and Amin who were behind a pillar. Juhari caught up with Mr Koh and punched him repeatedly. Irwan slashed the victim on the lower part of his face. The trio then fled.

Said DPP Johannus: "Singapore is not and should not be the Chicago of the 1920s. Hence, the violent, vicious and lawless nature of such an attack on the victim has no place in any lawful society, and ought to be met with a deterrent penalty to ensure violence on this scale does not take root in Singapore."

Atika has been sentenced to reformative training.

The cases against the rest are in pre-trial conference stages.