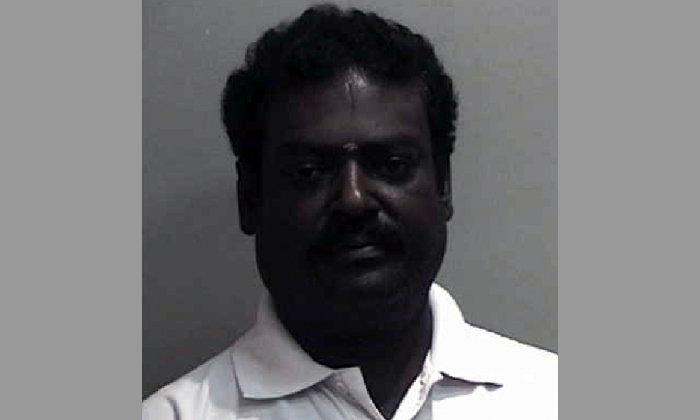 A 45-year-old man who slashed the throat of his estranged wife in full view of her nine-year-old daughter was on Friday (Nov 4) sentenced to eight years' jail and nine strokes of the cane.

Indian national Krishnan Karunakaran had confronted his Singaporean wife Boomichelvi Ramasamy, 38, with a knife on Oct 27, 2013, to threaten her into extending his visa and allowing him to see their one-year-old daughter.

As they struggled in the corridor outside her Hougang flat, Krishnan cut her throat with the knife, severing her internal jugular vein, as her daughter from a previous marriage looked on through the metal gate.

The victim, a teacher, survived the life-threatening injury. She was discharged from hospital two days after emergency surgery.

Justice Chan Seng Onn, after he had sentenced Krishnan, said: "There's no reason for you to resort to such violence even if you desperately wanted to see your daughter. You should have resorted to the legal process and not take matters into your own hands."

"You are lucky that she survived or you would be facing a far more serious charge."

Two other charges - for trying to stab Madam Boomichelvi's abdomen and for threatening her domestic worker - were considered during sentencing.

On Friday, Deputy Public Prosecutor Mohamed Faizal told the court that the victim has since sold the flat at a loss because she could not stand the idea of staying there after the incident.

The DPP sought nine years' jail and nine strokes of the cane for the attempted culpable homicide charge and between 12 and 18 months jail for the charge of criminal intimidation.

He argued that Krishnan's attack was premeditated and that he had no qualms about carrying out the assault in front of the victim's young child.

Krishnan's lawyer, Mr Eugene Thuraisingam, said his client was overcome by frustration and desperation caused by his wife's repeated refusal of his demands.

He argued that Krishnan had taken a knife with him to threaten the victim, not to kill her.

The couple married in a temple ceremony in India in 2011.

Krishnan, who ran a herbal medicine business, came to Singapore in July 2012.

The couple separated less than a year later. In June 2013, Madam Boomichelvi told him not to return to the flat.

In his mitigation, Krishnan claimed that they separated after his wife had an affair.

DPP Faizal rejected this assertion and took issue with the "false narrative".

He said the attempt to pin the blame on the victim highlighted that Krishnan "absolutely shows no remorse".

Related Stories
Hong Kong student nurse stabs married lover seven times with fruit knives for ending affair
Man stabs himself over 8 times then stabs tenant too: 'It does not matter if I kill another one or two'
Couple found dead at Novena Suites: Woman had multiple stab wounds, man fell from balcony parapet
Woman who cut off husband's penis over 'strange sexual demands' in Malaysia discharged in court
man slashes wife's neck with knife
violence
slashing