Man punches aunt after she rejects his leave, leaving her with bloody and fractured nose 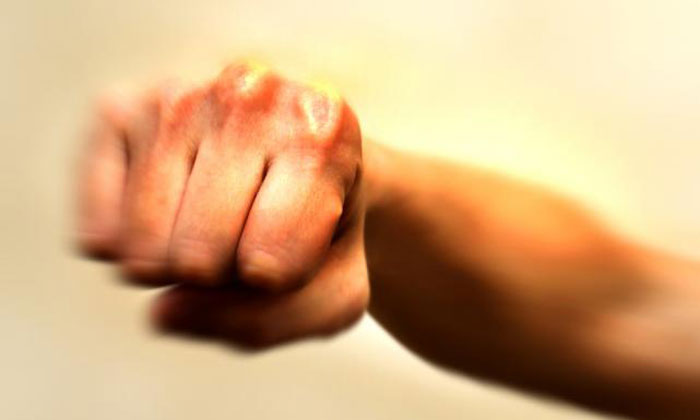 He was unhappy that he couldn't get a day off to celebrate his son's first birthday.

So Verner Low Jun Han confronted his boss - who is also his aunt - and the argument ended with his aunt telling him that he could quit if he wished to.

His aunt also said he could move out of the home they shared with other family members.

She repeated those words when they were home - a semi-detached house on Saint Patrick's Road off Telok Kurau - and Low punched her face, leaving her with a bleeding and fractured nose.

The court heard that Low was working as a delivery driver at Ms Oh's cafe at East Coast Road.

The house they were sharing is co-owned by Ms Oh and is a few minutes' walk from the cafe.

On July 10 last year, Low had wanted to take the day off to celebrate his son's birthday. He applied for it the day before, but it was rejected.

At about 8.40am, Low reported for work but got into an argument with another employee.

Low had insisted on leaving with some delivery items even though they were not ready.

Shortly after, he again requested for the day off but she refused, citing staff shortage.

Upset, Low said he wished to resign. Ms Oh said he could and also suggested that he move out of their house if he wanted to be fully independent.

Low then left the cafe and headed home.

She again told him that he could move out. Low repeatedly punched the left side of her face.

Ms Oh fell to the ground, bleeding from her nose, and Low was stopped by another family member who had rushed out.

The court heard that her medical expenses came to $9,245 and that Low did not make any compensation.

Yesterday, Low's lawyer said in mitigation that his client was remorseful and regretful.

He said Low had turned up for work that day even though he wanted to celebrate his son's birthday, only for Ms Oh to scold him.

But Deputy Public Prosecutor Lester Ho said that was no excuse to punch his aunt and injure her.

The judge said there may have been some provocation, but Low should not have taken the law into his own hands.

For voluntarily causing grievous hurt, he could have been jailed up to 10 years, with fine or caning.