Man on trial for killing 'godmother': He allegedly suffocated her with pillow choking her 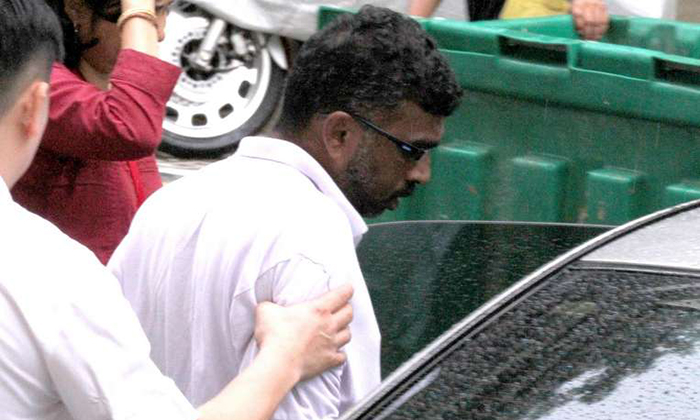 A 49-year-old Singaporean who needed money urgently to pay for a new flat his wife had bought in Johor allegedly killed the mother of his former employer when she tried to stop him from taking her jewellery worth about $10,000.

On the first day of his trial for culpable homicide with intention to cause death, prosecutors allege that P. Mageswaran had pressed a pillow over Madam Kanne Lactmy's face with one hand, and choked her with his other hand on the morning of Dec 9, 2013.

An autopsy found that the 62-year-old grandmother died from manual strangulation.

Opening the prosecution's case, Deputy Public Prosecutor Wong Kok Weng said Mageswaran had that morning asked his wife for documents for the new flat purchase, lying that he wanted to use them to convince his employer to lend him money to pay the RM5,000 deposit.

Mageswaran then made his way across the Causeway from his rented Johor flat but instead of going to work, he went to Madam Lactmy's flat at Yishun Street 81.

Surveillance footage at the void deck of her block captured him arriving at about 8.35am.

Mageswaran claimed that he asked to borrow $2,000 to $3,000 from her but she replied that she did not have so much money, said the DPP.

While Madam Lactmy went to brush her teeth in the kitchen toilet, Magewaran searched the three bedrooms looking for valuables to steal. In the master bedroom, he found a box containing jewellery and several pawn shop tickets.

At this point, the woman entered the room and saw him holding the box. She demanded that he return the box of jewellery but Mageswaran pleaded with her to let him take it.

When she said she would be calling her son, Mageswaran pushed her onto the floor and choked and smothered her until she stopped struggling. He left the flat with the box of jewellery, raising the hood of his jacket to cover his head before heading down the stairs to the void deck.

He was caught on surveillance footage using his hands to shield his face as he walked down the stairs at about 9.35am.

Magesawaran later threw away his jacket and returned to his home in Johor. He pawned the stolen jewellery for RM26,300 and threw away the pawn tickets.

Shortly past noon, a neighbour's domestic worker found Madam Lactmy lying on the bedroom floor. Paramedics found she had no pulse and was not breathing. Madam Lactmy was pronounced dead in hospital at 1.30pm.

If convicted of culpable homicide, Mageswaran faces life imprisonment and caning, or up to 20 years' jail, caning or a fine.