Man molested maid, said he wanted to have sex with her, and even hit wheelchair-user wife 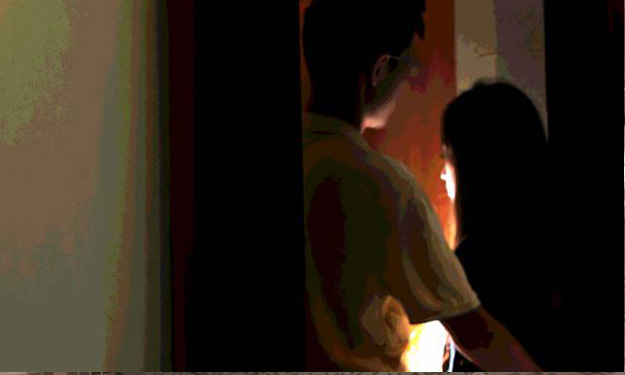 After her employer's father touched her inappropriately on multiple occasions, getting more brazen over time, an Indonesian domestic worker used her mobile phone to catch him in the act.

The 29-year-old domestic worker set her phone on recording mode and filmed Tan Seng Chuan, 56, molesting her twice. She cannot be named to protect her identity.

Tan, who had pleaded guilty to the three charges earlier this month, was yesterday sentenced to 14 months' jail. The sentence was deferred to Sept 7.

Shortly after the domestic worker began working for her employer in November 2014, Tan, a dishwasher, began to touch and hug her. He would also tell her that he wanted to have sex with her.

She did not like what he was doing and always rejected him.

When she told members of the family what he did, they told her to ignore him. But when she felt that Tan had gone too far, she decided to get proof of his actions. She set her mobile phone on recording mode inside the kitchen and left it there.

On Oct 27 last year, Tan approached her from behind in the kitchen and groped her repeatedly. He managed to insert his hand into her shorts and touched her a few times. She tried to push him away.

He finally stopped when he heard his 55-year-old wife, who is a wheelchair-user, calling him.

Later, the maid showed the clip of the incident to Tan's wife, who informed her son. They were angry but decided to give him a chance as the maid did not want to pursue the matter. That night, Tan's son confronted him about the incident but Tan vehemently denied it.

The next day, Tan quarrelled with his wife when they were talking about what had happened the previous night. Tan punched his wife's head and shoulder.

That evening, Tan went to the maid's bedroom. Sensing that he was up to no good again, she turned her mobile phone to video recording mode. He asked her if she had mentioned anything to his son. Feeling scared, she denied that she had done so. He then touched her thigh.

Tan left the room and got into another physical altercation with his wife. Tan's son called the police.

In mitigation, Tan's lawyer Gino Hardial Singh, assigned by the Criminal Legal Aid Scheme, said his client was remorseful and realised his actions were reprehensible. He promised that upon his release from prison, he would devote his life to caring for his wife, who has forgiven him.

Tan could have been jailed for up to three years and fined for molestation; and up to two years and/or fined up to $5,000 for causing hurt.

Related Stories
Policeman impersonator molests maid and forces her to touch his groin at Tanglin Halt HDB block
Prison officer jailed for molesting male inmate -- who did not dare report it for fear of getting mocked
More About:
courtroom
crime
molest
inappropriate
maid
pervert