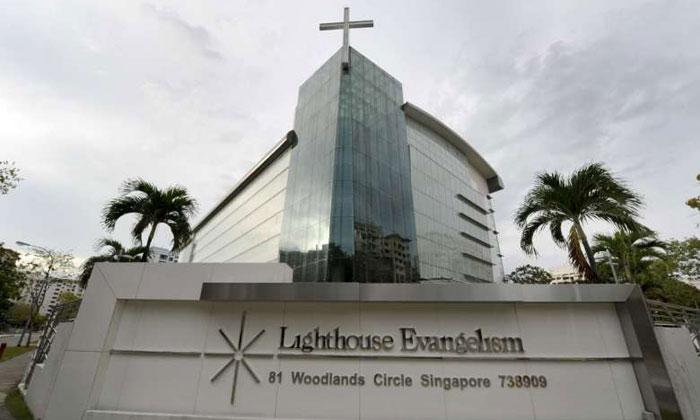 A disgruntled former member of Lighthouse Evangelism church in Woodlands, who was suffering from delusional disorder, placed joss sticks and chicken heads outside.

Then Cyrus Teo King Huat, 44, was caught on camera setting on fire a sign outside the church.

A closed-circuit television camera had been set up to monitor the sign, after it had been set ablaze earlier.

Teo was yesterday jailed for 10 months, after he pleaded guilty to one charge of mischief by fire.

Three other charges were taken into consideration in sentencing - one each of mischief by fire, refusing to allow a policeman to take his photo and finger impressions, and refusing to give a blood sample.

A community court heard that Teo used to attend the non-denominational church at 81 Woodlands Circle. On Sept 23 last year, he sent a letter to the church, saying he had changed his religion.

On May 13, pastor Tan found that the church's sign had been burnt.

Video footage captured a man splashing a flammable liquid on the sign, before setting it alight at about 1.55am and then running away.

Pastor Tan called the police, who tracked Teo down. As a result of his mischief, the church incurred $19,020 in repair costs.

Teo admitted to placing joss sticks and chicken heads outside the church and also burning the sign on a previous occasion.