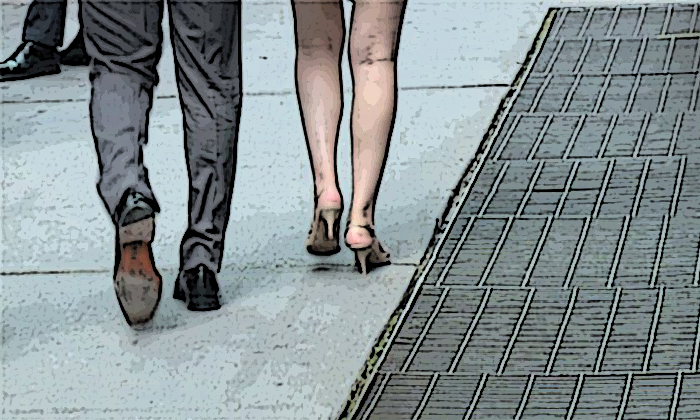 A former army regular was jailed for four weeks on Monday (Nov 28) for taking upskirt videos of several women.

Teo Kok Peng was also fined $3,200 for having 32 uncensored films at his home in Bukit Batok East Avenue 5.

The 30-year-old was holding the rank of military expert when he committed seven offences of insulting the modesty of a woman between September 2013 and May 16, 2014 and of having uncensored films on May 17, 2014.

He had admitted to three charges. The rest were taken into consideration in sentencing.

The court heard that Teo, who was then studying for an examination he would be taking soon at SIM University, left his girlfriend's house in Hougang to head for home on the evening of May 16, 2014.

When he arrived at Serangoon MRT station, he alighted from the train so that he could change lines. Serangoon station is an interchange station.

He saw a woman wearing a white dress and wanted to take an upskirt video of her. He turned on his mobile phone and enabled the handset's video mode.

Deputy Public Prosecutor Tang Shangjun said Teo tried to innocuously hold his phone together with his iPad tablet, and slowly slipped it beneath the woman's skirt. He intruded into her privacy and managed to film a digital upskirt video of the woman.

He continued to follow her from the exit of the train to the escalator before stopping the recording.

Teo then got into a Circle Line train to travel from Serangoon to Buona Vista station.

While on the train, he saw another woman and similarly filmed an upskirt video of her.

He was caught by a member of the public when he tried to repeat his actions a third time at Buona Vista station. He was detained and put up a struggle, but was eventually subdued and brought to the MRT control room. The police were then called.

The court had called for a Mandatory Treatment Order suitability report, but Teo was found not suitable for the community sentencing option.

DPP Tang had objected to the Mandatory Treatment Order report and, instead, asked the court to jail Teo for five to six weeks for each charge under the Penal Code.

Teo's lawyer Laurence Goh had said in his mitigation plea that his client's offences were caused by stress from his exams.

He said his client tried to commit suicide in October 2014 because of the offences and depression. He also said that Teo was receiving treatment for eczema, and outpatient psychiatric treatment at the Institute of Mental Health for paraphilia and voyeurism.

Teo could have been jailed for up to one year and/or fined for each charge of insulting a woman's modesty.