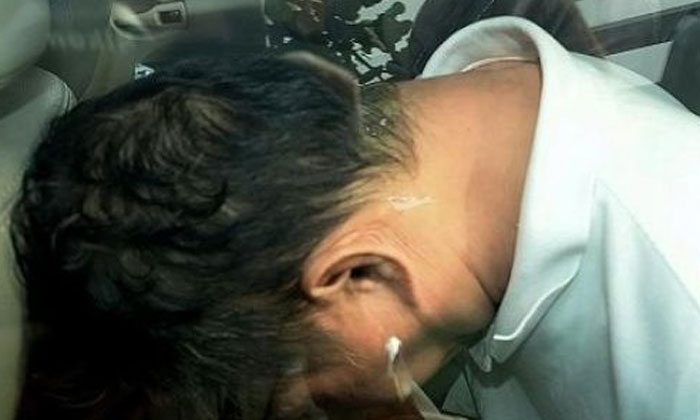 When he got into the van with his friend, he thought they were going to have coffee.

But he ended up driving the van while his friend, Chia Kee Chen, allegedly beat up and murdered a man in the back of the vehicle.

Cleaning supervisor Chua Leong Aik was so frightened by what was happening that he stopped the van, got out and hopped onto a bus to get away from the disturbing sight.

He later found out that the victim - Mr Dexmon Chua, 37, a materials analyst at food packaging and processing company Tetra Pak - was Chia's wife's ex-lover.

For his role, Chua was arrested and jailed for five years in January for abduction and voluntarily causing grievous hurt.

Another man, Febri Irwansyah Djatmiko, 33, an Indonesian who is still at large, had allegedly helped Chia carry out the murder before the two men were said to have dumped Mr Dexmon's body at a military live firing area in Lim Chu Kang.

His decomposing body was found by the police and said to have suffered extensive head injuries.

Yesterday, Chua, 67, was taken back to court as a prosecution witness to testify on the second day of Chia's trial.

Chua told the court he had known Chia for over 20 years, having lived in the same kampung.

They would regularly meet for coffee even though they were not close, he said.

Chia told him someone had bullied his wife, Madam Serene Goh, when she was still working. He did not elaborate on how she was bullied.

A week before the alleged murder, Chua was holidaying in Tanjong Pinang, Indonesia, where Chia owns a fish farm.

He returned to Singapore by ferry on Dec 26 with Febri, whom he had known from the Indonesian's previous visit to Singapore and after Chia had introduced him as his worker.

Chia picked them up and drove them to Choa Chu Kang, where Chua and Febri stayed at a substation.

Chua said they spoke to each other in a language that he did not understand.

He said they did not mention anything about assaulting or killing Mr Dexmon at any point.

On the evening of Dec 28, the three of them were at the substation when Chua said he dozed off while the other two were discussing something.

He was woken up by Chia at about 10pm, and he thought they were going out for coffee.

They got into a van and Chia drove them to a multi-storey carpark somewhere in Choa Chu Kang, he said.

Chia told him they were merely waiting for someone, he said.

As he was very tired, Chua claimed he did not question Chia further and spent the time resting and smoking in the van's front passenger seat.

Then, he said, a car pulled up and parked beside the van and a big-sized man got out.

Chia and Febri alighted from the van and confronted the man, whom Chua said he learnt later was Mr Dexmon. Chia allegedly asked Mr Dexmon if he recognised him.

Chua said he could not see what was happening as his view was blocked, but he heard knocking sounds and the victim shouting for help twice.

He also said that Chia and Febri were unarmed.

The next thing he knew, the side door of the van swung open and the three men collapsed into the van.

Chia, smelling of blood, walked over to Chua, who had remained in the passenger seat, and handed him the van keys.

With his hands shaking from fear, Chua obeyed Chia's instructions and drove to Lim Chu Kang.

On the way there, Chua said he kept his eye on the road, but heard heavy breathing sounds coming from the back of the van.

After a while, he said he was numb with fear and decided to stop and get out of the van.

He ran to the nearest bus stop on the other side of the road and took a bus back to the substation. From the bus, he saw Chia driving off.

Later on Dec 29, Chia visited Chua at his aunt's wake and handed him $50 as condolence money.

Chua claimed they did not speak about what had happened earlier.

"Chia acted normally. I didn't see anything unusual about him so I thought nothing serious had happened," he said.

Mr Dexmon Chua's blood was found on the wall and ceiling of the multi-storey carpark, a forensic expert testified yesterday.

His blood was also in the rear of the van and on the steering wheel, said Mr Peter Douglas Wilson, a senior consultant forensic scientist in the Health Sciences Authority.

Mr Wilson also testified that the blood spatter found in the carpark was likely caused by a blunt force.

When defence counsel Peter Fernando asked if these spatter patterns could have been caused by bare fists, Mr Wilson said yes.