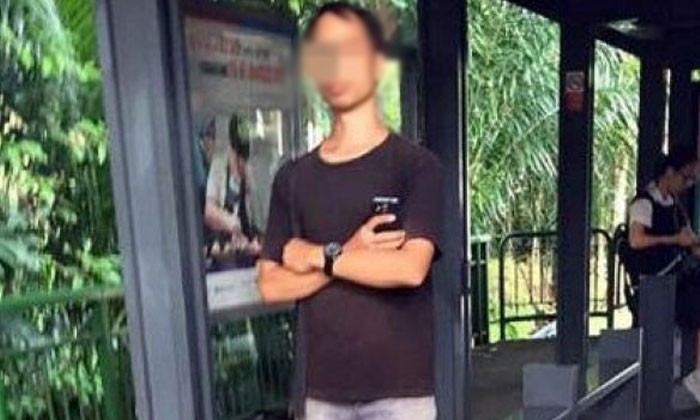 He allegedly preyed on schoolgirls at bus stops and tricked them into allowing him to take their photos, which he would later manipulate and post online.

The man in his 40s had approached several female students from different schools in the Bukit Timah area on the pretext of doing a survey over the past few days.

He would then ask them for their mobile numbers and take photos of them. Some of the girls agreed to let him do so.

Afterwards, he reportedly manipulated the photos and sent text messages to the girls to harass them. He would also post the pictures online.

It is not clear how he had manipulated the pictures.

He had been seen loitering at bus stops near the schools and an overhead bridge at Bukit Timah Road.

The police said yesterday that they arrested a 40-year-old suspect for public nuisance. Investigations are ongoing.

The New Paper understands that two police reports were made on Saturday and the suspect was picked up yesterday afternoon near Raffles Girls' Primary School.

Yesterday morning, a policeman went to Nanyang Girls' High School to warn the students about the man's activities during their morning assembly.

The officer, who also showed them a photo of a suspect wearing a black T-shirt and light-coloured jeans, told the students to make a police report if they saw him or if they had been one of his victims.

The photo of the suspect has been circulating in parent group chats at Nanyang and Singapore Chinese Girls' School.

The parent of a Raffles Girls' pupil said her daughter was approached twice by the suspect but declined to comment further.

A mother of a Methodist Girls' School student told TNP that when another mother showed her daughter the photo of the suspect, the girl recognised him because he had approached her.

She said: "My friend's daughter just confirmed that she had been approached twice, to and from Tan Kah Khee MRT station, only after her mum shared this message with her.

"Their neighbour's girl was also approached by the same guy. They live near Raffles Girls."

Related Stories
Man first to be convicted for unlawful stalking: He put up teen's nude photos on FB and at public places
Man jailed 12 months for unlawful stalking and rash act causing hurt
Man who posed as cop and raped teen says witness is a "pervert" who was touching himself
stalking
photo
pervert
pretty student