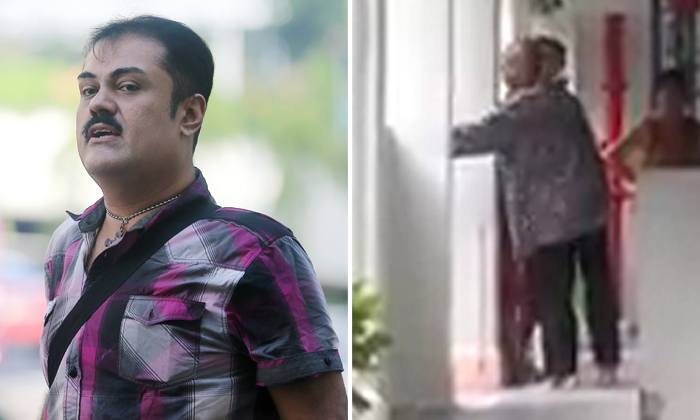 In July last year, a video posted on Facebook of an elderly woman being slapped by her daughter along the corridor of a Housing Board flat went viral, prompting a surge of online outrage.

Yesterday, a 41-year-old man accused of abusing the older woman in the video, Madam Kamisah Burel, 58, was granted a discharge not amounting to an acquittal on all three charges levelled at him.

No reason was given for the withdrawal.

The case came under the spotlight when another neighbour, Mr Mohammad Juani, 25, posted a 77-second video on Facebook of a frail-looking Madam Kamisah being slapped hard by Ms Siti outside their third-storey home.

As Madam Kamisah attempted to steady herself, she received another slap on her other cheek.

The video was viewed more than half a million times within a day. The Ministry of Social and Family Development said in a statement less than three hours after the video was uploaded that it was looking into the matter.

Neighbours had told The Straits Times that they often saw the older woman being physically abused, and that her husband and daughter were responsible.

Both have yet to be charged with any crime.