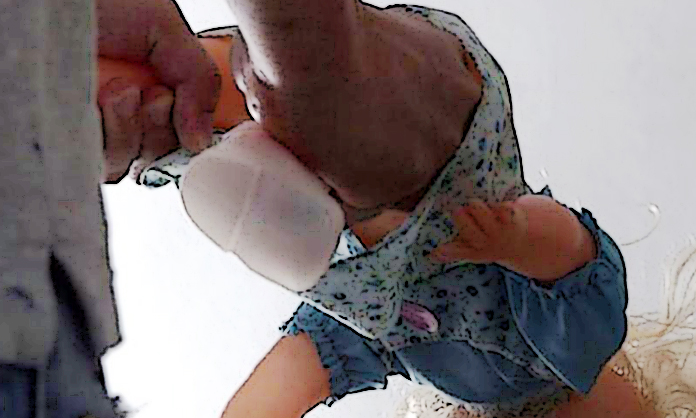 An Indonesian domestic worker punched her employer's two-year-old son after she was scolded by her employer. On Wednesday (Nov 30), Ayunda Lestari Dayuki, 24, was jailed for four months after admitting to ill-treating the child at a flat in Bukit Batok on Sept 22, 2016.

She had punched his head three times and hit his head once with a wooden toilet brush.

A district court heard that Ayunda started working for the family in September 2015, helping with household chores and taking care of the victim and two other children.

On Sept 21, her 36-year-old employer checked the closed-circuit television footage of the flat when she was at work and caught Ayunda sleeping in the living room, when she was supposed to be taking care of the boy. She called the helper and scolded her for sleeping.

The next day, her husband discovered a reddish mark and swelling on the back of the boy's head.

Investigation showed that on Sept 22, Ayunda hit the boy when he refused to bathe and started to cry. She punched the back of his head three times and used a toilet brush to hit his head.

A doctor's examination found a swelling on the back of his head.

Deputy Public Prosecutor Kumaresan Gohulabalan said the victim was hit on a vulnerable part of his body. He said the offence was not easy to detect as Ayunda had committed it outside the view of the CCTV .

He asked for a sentence of at least three months' jail to be imposed. When Ayunda urged District Judge Salina Ishak to impose a light sentence, she asked: "You are not even remorseful for what you have done?''

She replied through an Indonesian interpreter that she was remorseful for her "silly acts''.

Ayunda, whose sentence was backdated to Sept 26, could have been fined up to $4,000 and/or jailed for up to four years.